On March 22, Secretary Tillerson will host the foreign ministers and senior leaders of the Global Coalition working to defeat Daesh/ISIS. This meeting will take place at the Department of State in Washington D.C., and will be the first meeting of the full Coalition, now at 68 members, since December 2014. 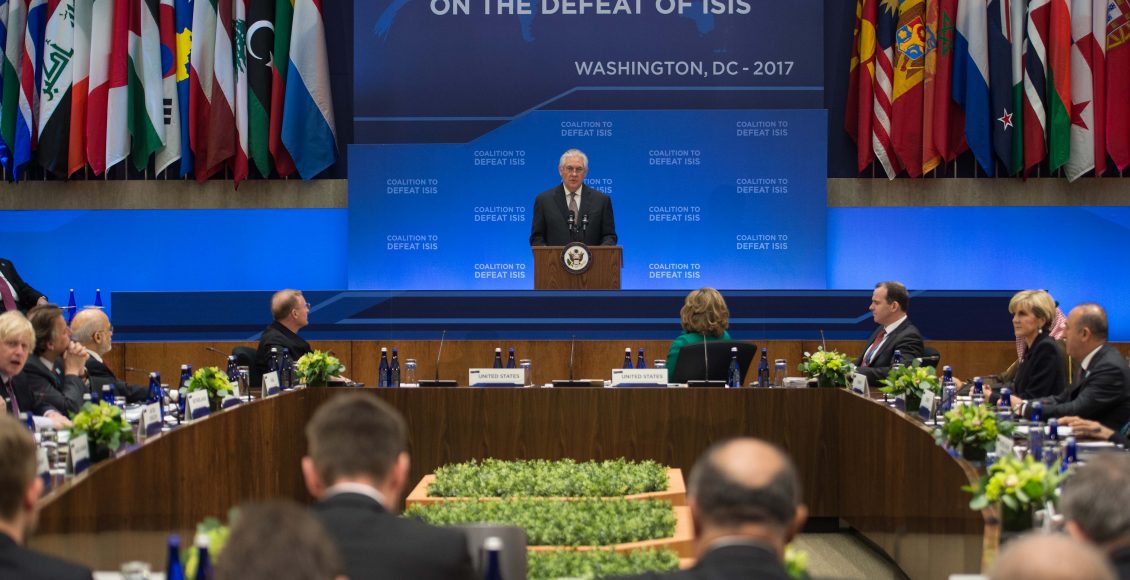 We are at an important stage of the fight against Daesh and will use this Ministerial to accelerate international efforts to defeat Daesh in the remaining areas it holds in Iraq and Syria and maximize pressure on its branches, affiliates, and networks.

The ministerial will include a detailed discussion of priorities for the Coalition’s multiple lines of effort, including military, foreign terrorist fighters, counterterrorist financing, counter-messaging, and stabilization of liberated areas, to increase the momentum of the campaign. Additionally, Ministers will discuss the ongoing humanitarian crises in Iraq and Syria that are affecting the region.

While many challenges remain, Daesh is cornered in Mosul and increasingly isolated in Raqqa. This Ministerial meeting is a key moment to set Daesh on a lasting and irreversible path to defeat.

The Coalition regularly meets at the Small Group level to coordinate and enhance combined efforts to counter Daesh. The last meeting of foreign ministers took place in Washington, D.C. on July 21, 2016, and the last meeting at the political directors level took place in Berlin, Germany on November 17, 2016.

Office of the Spokesperson
Washington, DC

Joint Statement by the Small Group of the Global Coalition