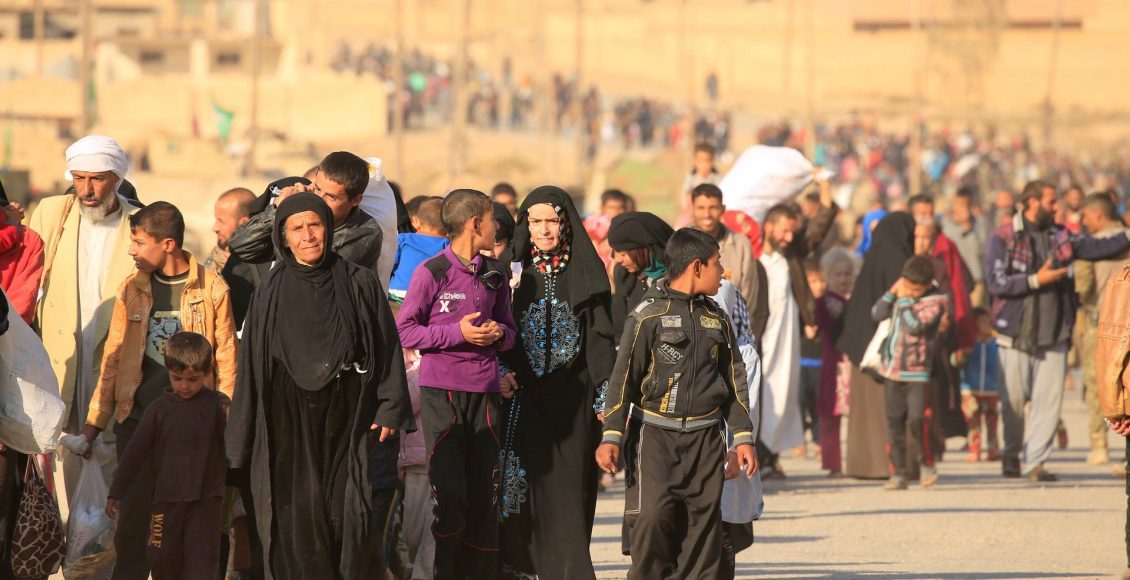 Daesh caught between fleeing families and housing crisis in Raqqa Province. Daesh paradoxically erected checkpoints and barriers to both keep residents in Raqqa City from leaving Daesh territory and to keep internally displaced persons (IDPs) from entering the city. On 7 March, Daesh detained a family of nine attempting to flee from Raqqa City and imprisoned all of them, including a 13-year-old. Additionally, Daesh in Matib al-Bawrashid Village (west of Raqqa City), erected checkpoints after hearing rumors that a number of families planned to leave the city, ostensibly for Dayr al-Zawr Province. Unable to confirm that, Daesh instead forbade the families from leaving the village entirely. Meanwhile, on 11 March Daesh was forced to erect checkpoints and barriers along the entire southern edge Raqqa City in order to prevent more IDPs from entering due to Daesh’s lack of housing. Though Daesh has struggled to alleviate this housing crisis for some time, it seems that the crisis has reached critical mass, causing paradoxical policies, potential paralysis, and a greater commitment of Daesh manpower to maintaining order.

Foreign fighters desert in Albu Kamal. On 8 March, a number of primarily Saudi and Iraqi foreign fighters fled from Albu Kamal (130 km southeast of Dayr al-Zawr city) without Daesh’s permission. Daesh raided a large number of residences in response, potentially as a scare tactic to reassert control over both residents and fighters or to root out evidence of collaborators. The pace of these desertions and defections will only likely quicken as Daesh loses territory and fighting capacity.

Daesh preachers ask for soldiers, threaten conscription in Dayr al-Zawr Province. On 10 March, Daesh preachers toured a number of suburbs surrounding Dayr al-Zawr City, asking that residents commit their sons to Daesh combat training. In exchange, Daesh would give the presumably underage soldiers a monthly wage in addition to feeding them and their families. Reports indicated that most residents viewed this as an attack on their children, especially given that the proselytizers warned that the boys will be conscripted should the need grow dire enough, with none of the benefits advertised above. This turn to irregular soldiers who are potentially both minors and conscripts betrays Daesh’s manpower shortage. Additionally, should Daesh follow through on this threat, it will lead to an increased deployment of child soldiers, but also increase residents’ resentment.