Thurayya Mohammed Al-Hadi is a teacher from Raqqa who considers herself lucky to have escaped from the Daesh regime with her life. 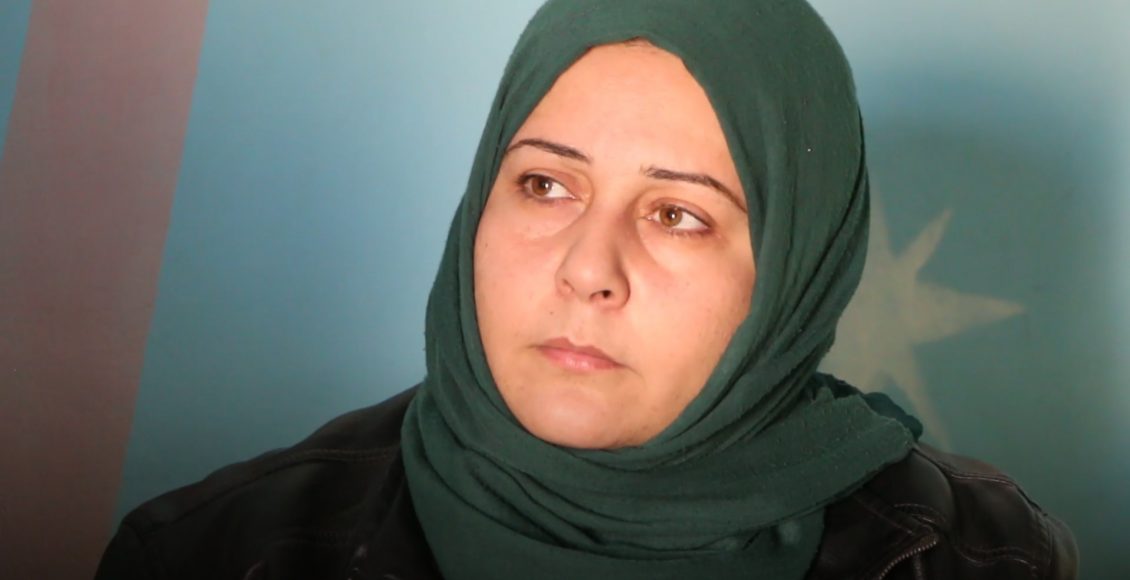 Thurayya Mohammed Al-Hadi is a teacher from Raqqa who considers herself lucky to have escaped from the Daesh regime with her life.

When Daesh swept into her city, Thurayya attempted to continue her work teaching women. But this was not the kind of activity that fitted Daesh’s warped ideology.

“Women suffered the most as Daesh obliterated our [women’s] role completely,” she said.

Despite the dangers and threats, she initially continued teaching in secret under Daesh occupation. But when her classes were discovered, she was forced to escape Raqqa with her children or face their harsh punishment.

“I went to the northern countryside for a year and eight or nine months,” she said. “Since taking control of my city, Daesh arrested and killed anyone who disagreed or refused to submit to them.”

Although Raqqa is a city where learning and education is part of its heritage, Daesh tried to destroy all the city’s culture and history. Thanks to women like Thurayya, who taught displaced people, even as she was displaced herself, people from the city continued to nourish their minds.

“From the first day I arrived, I was active,” said Thurayya. “I started to visit homes to talk with parents, telling them: ‘You must let your daughters learn.’ I had to gain their trust.”

Thurayya has the confidence and calmness that all the best teachers possess, and her influence grew organically. Despite the difficulties of being a widow and leaving home she founded the Sahabat Watan Centre, an organisation aimed at empowering women, and growth has been rapid:

“At the beginning 340 women were in the institute,” she said. “But in the third and fourth months the number reached 450.”

What Thurayya finds most rewarding is seeing her former students securing jobs and becoming financially independent, something that would have been impossible under Daesh.

“I know a woman who has three children. She has learned sewing professionally and worked hard at it,” Thurayya said. “She now rents a flat using her own money. By herself she is able to help her children and now she is successful.”

While helping women become financially independent is important to Thurayya, she believes the wider impact empowering women has on society is even greater.

“Women are the best for peace-building because they are the ones who have paid the highest price. When a woman says: ‘I’ll empower myself, I’ll build the community, I’ll raise my child as a leader’ it is good for her and society.”

Thurayya believes that the best way to ensure Daesh and their extremist views never return to Raqqa is to “stand with each other… no one can have success unless there is a person standing with them and supporting them.” Watch her full interview below:

Since 2015, the UK has donated £100 million to help stabilise areas in Iraq liberated…