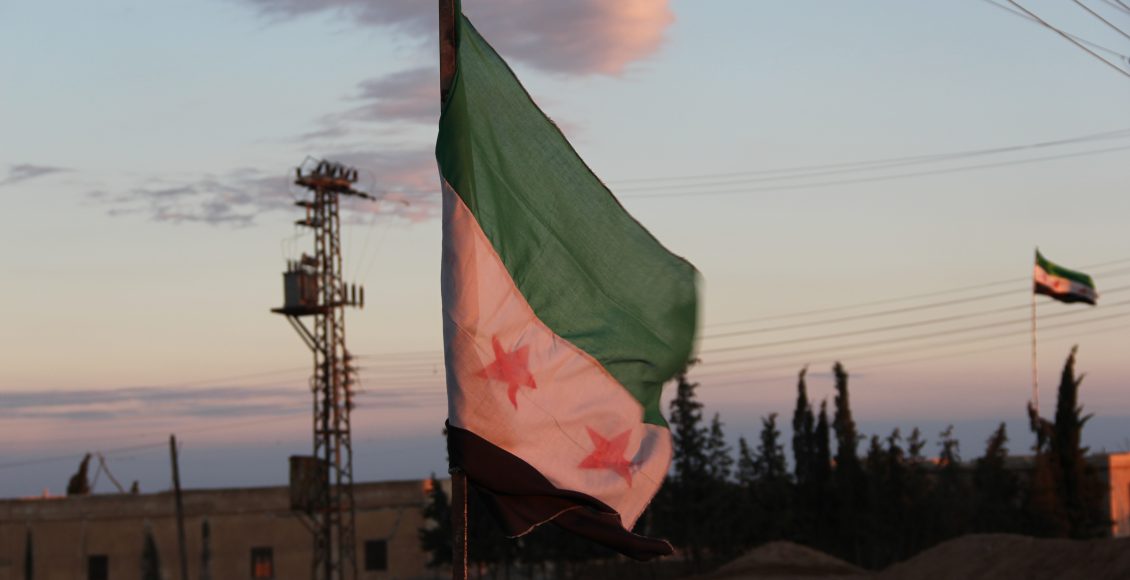 Kawthar doesn’t talk much about herself, except about the period during which she experienced Daesh’s rule between 2014 and February 2016. It was during this period that she became the focal point of a serious incident between her family and members of Daesh.

Kawthar comes from a family of girls. Her 65-year-old father, Abu Umar, is the only man of the household. Her  mother passed away a few years ago. Her family was known around the village for being very peaceful. Abu Umar, raised his five daughters and never left his home village even after seeing it change hands several times.

Normally, members of Daesh would not enter houses in the village, unless they were looking for someone or if they were invited for a meal. One afternoon, however, someone knocked at the door. Abu Umar opened only to find a woman completely covered in black asking for permission to come in. As she proceeded to the living room, she uncovered her face cover and revealed the purpose of her presence; she was looking for a virgin to become the wife of one of Daesh’s fighters.

The woman never said what her job was, only that she was called Um Zubair and that she came from Shaddadi. Kawthar would find out later that the woman was acting as suitor for several Daesh fighters;  she would visit homes and select girls she deemed suitable for marriage.

Kawthar could sense that the suitor was going to choose her and felt very scared when she found out that the husband-to-be was not Syrian, but Libyan. Foreign fighters were known in the area for their lack of commitment to their wives, as there were many divorce cases. Daesh had barely been in Shaddadi for a few months but stories of marriages with fighters had already become the dominant topic amongst women.

Kawthar tried to avoid responding to the marriage proposal by saying it was her father’s decision. She would later find out that by doing so, she had put her father in a difficult situation, a situation she would have to resolve herself. Abu Umar was indeed concerned: would they take his daughter by force if he said no? Did it mean he had to say yes?

Kawthar’s decision was based on a bet: “I knew my father was going to refuse, he loves us very much and he knew no one would be happy marrying a Daesh fighter.”

The next day, after dawn, a four-wheel drive vehicle stopped in front of the family’s house. Four armed men entered the house. Kawthar made tea to serve these uninvited guests, but she knew she couldn’t serve it herself as she was not allowed to be seen by men, according to Daesh. She tapped an empty glass with a sugar spoon to let her father know that tea was ready. After having finished their cups, one of the four men stated the purpose of their visit: they were here to ask his daughter’s hand in marriage. The man sought to reassure Abu Umar that he could say no and that “nothing [was] forced in the ‘Islamic State’.”

Kawthar’s father was embarrassed and confused. He didn’t know what to say, so he tried to stall the conversation in the old traditional way and declared: “if luck and fate decide you should be together, then that’s what’s going to happen.”

Upon hearing Abu Umar’s words, the husband-to-be was very upset and started saying that this was blasphemy. He proceeded to lecture the father on the fact that Muslims are compelled to marry to make their faith complete and that this was a key principle in Islam. The four men stood up. As they were on the way out, they told Abu Umar that they expected to hear from the “girl” later.

They came back two hours later, asking Abu Umar to sit in the corner and to stay quiet. To show how serious they were, one of them pointed his rifle at him. Then, they summoned Kawthar and told her to appear before them.

Kawthar says: “when I entered the room, I saw someone pointing a rifle at my father, one of the men asked me: ‘do you agree to marrying Rabee’?’ I said this was up to my father, thinking they would leave him alone”. One of the men claimed that her father had already agreed and that now they needed her decision.

When Kawthar heard this ultimatum, a tear dropped on her cheek. She replied, “I accept as long as my father is okay with it.” In hindsight, she says she had no choice: “I bought my father’s life by selling my own.”

But the marriage was not to last. After spending only three months in Shaddadi where she lived with her Libyan husband Rabee’, she came back home a divorced and battered woman.

When speaking about her experience, she said she tried to accept her fate like many other women who are unhappily married. Gradually, she tried to push him into divorcing her. She was treating him well, doing her best not to upset him, even when he was bringing in ‘slave’ girls for sex. After a while, when the time was right, Kawthar asked Rabee’ to divorce her.

From then onwards, things took a violent turn. He started torturing and raping her. This lasted for weeks. One day he came home and beat her again before asking her: “do you still want a divorce?” She replied, “yes, even after a thousand weeks, I would still want a divorce”.

Finally, it happened – and Kawthar was freed from her bond. Recalling this period of her life, she says: “I bought my father’s life by selling my own; then bought my life back with persistence; but the marks on my body that will stay with me for the rest of my life.”

Statement from Operation Inherent Resolve spokesperson on use of White Phosphorus

“We Care” work to improve Mosul