How can we bring children back to ‘normality’ after Daesh? 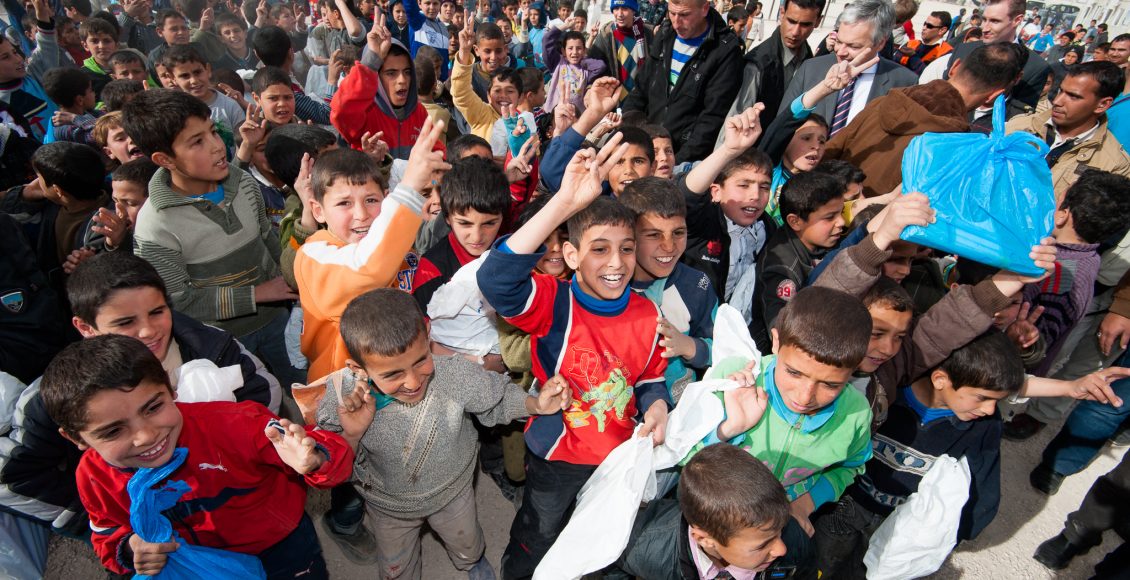 This article is part of our Opinion series, written by experts from around the world. These views do not necessarily reflect those of the Global Coalition.

Over the last two years, my research has examined how Daesh recruits children. This includes the radicalization and migration of foreign children to the ‘caliphate’ (where approximately 80 (Paywall) British children now live – many of whom are babies and toddlers brought over by their parents) – the abduction of children within Syria (where 274 cases of child soldier recruitment occurred in 2016 alone), and the co-option of asylum seeking children by Daesh in bordering countries such as Jordan, Lebanon, and Iraq.

Daesh tailors its recruitment strategy to different youth groups. For example, the organisation systematically targets foreign children and their families through propaganda. In a six-month period we uncovered 254 pieces of propaganda focusing on children, primarily in Arabic. Children were either used to preach directly to the camera about the ‘caliphate’ and incentivise other children to join, or they were depicted committing violent acts and executions. For families thinking of migrating to the ‘caliphate’, propaganda on ‘utopia’ – pictures of markets, schools, and playgrounds – illustrated an infrastructure ready and able to cater to children.

In conflict zones, however, children were co-opted into Daesh through abductions. In June 2015, the United Nations Assistance Mission for Iraq (UNAMI) estimated that Daesh abducted between 800 and 900 children ranging between the ages of nine to 15 from various regions of Mosul. Within Syria and Iraq, videos featuring violence and preaching children are watched socially, as are executions. This becomes a source of entertainment for youth, breaking down a child’s normal processing of traumatic events.

Children are used as soldiers, human shields, messengers, spies, and guards. However, the path of a child soldier in Daesh begins in the classroom. Extremist content within the education system is a crucial tool in the group’s indoctrination of children, and in shaping the hearts and minds of the next generation. Rules are determined and released by the Diwan al-Ta’aleem, the Ministry of Education, and school attendance is compulsory for all children. Subjects such as drawing, music, nationalism, history, philosophy and social studies are removed. Instead, they are replaced with Qur’an memorisation, tawheed (monotheism), fiqh (jurisprudence), salat (prayer), aqeeda (creed), Hadith, and Sura (life of Muhammad). Some subjects are purposefully limited – one Geography textbook, for example, only names continents, and a History textbook only teaches Islamic History. Physical education is renamed ‘Jihadist Training’, and includes workout routines and lessons on the assembly, firing, cleaning and storage of light weapons. Children who refuse to conform to Daesh orders are flogged, tortured or raped.

For asylum seeking children, Daesh fills a void in state services in conflict-ridden zones and within refugee camps. It finds ways to ‘buy’ allegiance from children by funding their travel or working with traffickers and smugglers. It also exploits food shortages among young people by distributing food in exchange for fighters, who are eventually enrolled into educational indoctrination programs.

Programmatic approaches to prevent children from joining Daesh, or to reintegrate children who return or escape conflict areas, have tended to avoid violent extremism terminology. It is true those child soldiers escaping Daesh share similarities with children who have undergone trauma in other ways. This can take the form of historical parallels to child soldiers from other conflicts, inoculation to domestic violence within a family, or time spent within gangs. However, avoiding the crucial role that de-radicalisation and re-education will play in helping children escaping or returning from Daesh is a grave mistake.

The scale and use of extremism within Daesh’s educational curriculum, coupled with a child’s systematic normalization to, and resulting trauma from, acts of violence, will require a nuanced approach that must build on traditional demobilization, disarmament, and re-integration (DDR) infrastructure. Religious scholars, former extremists, researchers and de-radicalisation practitioners must be a crucial part of curriculum focusing on the re-education and de-radicalisation of children. For example, at Quilliam, we have advocated for Safeguarding and Resilience against Extremism (SRE) training to achieve this, and to involve young people in the development of de-radicalisation programming to ensure that it truly reflects their experiences.

SRE training must be delivered to all frontline practitioners engaging with children exiting Daesh – whether they are teachers, foster parents, police, border control, nurses, or local authorities – to understand that the experiences of children who have been recruited and preyed on by Daesh will be very different from other childhood trauma. Actors within this network should be given SRE training to increase vigilance and enable them to spot smugglers, gangs, and terrorists that target children at various points, and often work together to achieve this. Moreover, we must develop safe spaces for internally displaced children, officiated routes of safety, and monitored transit to prevent opportunities for recruitment into Daesh. This will all involve recognition of the unique and sophisticated processes that terrorist groups use to radicalize children.

Only by doing so can we prevent their use, and prepare for their return.

By Nikita Malik, Senior Research Fellow for the Centre for the Response to Radicalisation and Terrorism, and previously a Senior Researcher at Quilliam. She is the founder of ‘Fempower’, a grassroots initiative to empower women and children against radical extremism.