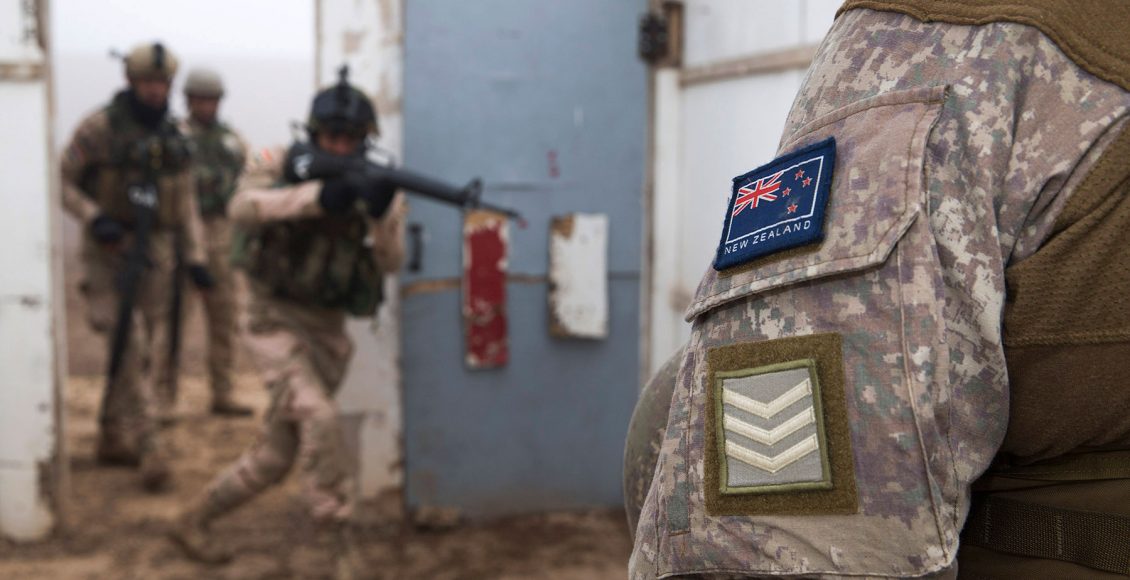 “On behalf of the New Zealand Defence Force (NZDF), welcome home and thanks for a job well done,” Major General (MAJGEN) Tim Gall, the Commander Joint Forces New Zealand, said in a welcome address to the troops at Ohakea Air Force Base. Defence Minister Gerry Brownlee and the Chief of Army, MAJGEN Pete Kelly, were also present to welcome home the first rotation of the NZDF’s Building Partner Capacity (BPC) mission in Iraq.

The returning soldiers formed part of a combined Australia-New Zealand non-combat training force known as Task Group Taji. The first rotation of Task Group Taji deployed to Iraq in late April and trained up to 2,100 Iraqi soldiers. The training covered weapons handling, combat first aid, live fire training and drills in complex warfighting environments. Iraqi soldiers were also taught the fundamental aspects of international humanitarian law and the Law of Armed Conflict.
“The training results you have achieved with the Iraqi Army have exceeded all expectations. Thousands more Iraqi troops are now on the front line with renewed confidence and skills,” MAJGEN Gall said.

“The job doesn’t end with you coming home. Thousands more Iraqi troops are lined up for training at Taji in coming months.”

“Your families carried more than their share of the burden while you have been away. They served alongside you throughout the six months you were deployed. Give them both the time and respect they deserve,” MAJGEN Gall added.

The Senior National Officer of the NZDF’s first rotation to Iraq said the contingent felt “honoured to represent our country and contribute to the international effort to build the Iraqi Security Forces’ capacity and empower them in their fight against Daesh”.

“It has been very rewarding. The Iraqis are eager to learn and they are determined to fight for their country. We are grateful for the opportunity to teach them the skills that will help keep them alive when they go to the frontlines in the war against Daesh,” he said.

“For now, we are all excited to get home and see our families.”

In Focus, ISF and Coalition Partnership

Inside a young sculptor’s studio in Raqqa