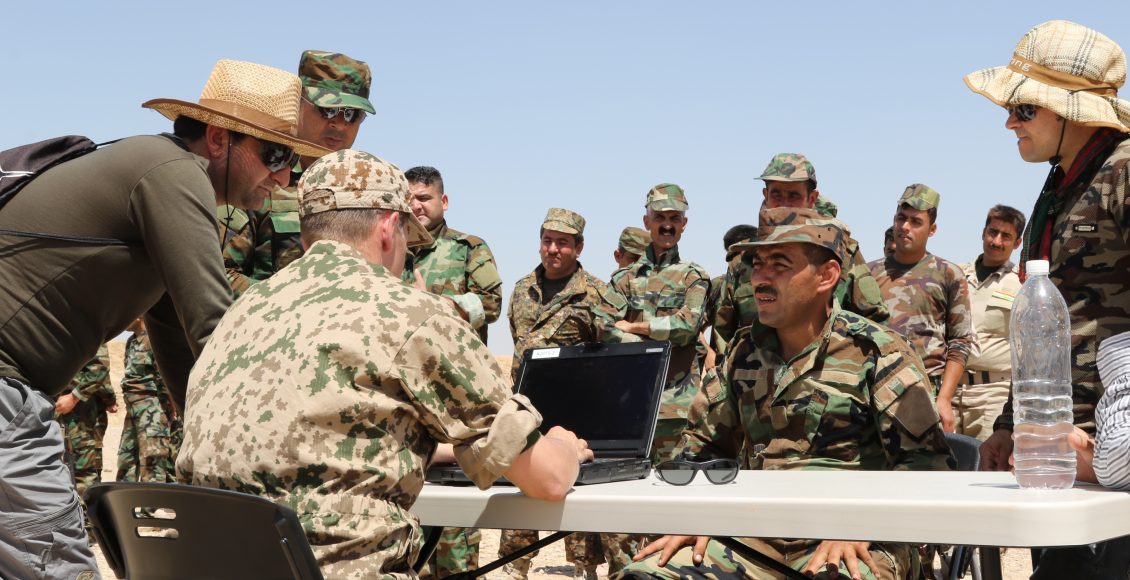 Finland has participated in the training activities of the Operation Inherent Resolve (OIR) since August 2015 and contributed advisory staff since August 2016. Finland has also deployed personnel to serve in staff and support functions.

Finland is currently participating with 50 soldiers in the training of Peshmerga fighters in the Kurdish region in northern Iraq. The main part if the training has been conducted in permanent training bases where the troops arrive for training usually one company at a time. With the battle for Mosul under way and troops committed to battle, mobile training activities in the assembly areas have increased. The Peshmerga troops’ own capacity to provide training has been supported by increasing the training providers’ training.  To date, the Finnish contingent has trained approximately 1,500 Peshmerga fighters.

The training in techniques, tactics and procedures has decreased friendly casualties on the battlefield, medical training has lowered the mortality rate of the wounded, and training related to the improvised explosive devices (IEDs), in particular, has reduced the casualties of those who have been trained.  Additionally, night-time combat training has enhanced the troops’ ability to operate at night despite the lack of equipment. Since the beginning of 2017, training has also been given in internal security. This includes training related to the clearing of buildings, inspection of vehicles and persons, patrolling and maintenance of regional security.

A contingent of approximately 50 personnel participates in supporting the work of the Iraqi security authorities.  Their objective is to support the operational capability of the Iraqi security forces, including provision of guidance, situation picture updates and medical support. This takes place mainly in the security forces’ assembly areas and also in the vicinity of front lines. The front line is fairly stable at the moment but ISIL’s harassing attacks in different parts of the front line are almost daily. Finnish personnel have become targets of ISIL fire four times between October 2016 and February 2017 when positioned near the front line and been forced to resort to self-defence.  This has not caused friendly casualties or materiel losses or losses to the supported troops.

Currently OIR’s main mission is to support the Iraqi security authorities in the recapture of Mosul. The operation started in October 2016 and Eastern Mosul was recaptured at the end of January 2017 after about 100 days of combat. The attack to capture Western Mosul started in February 2017. A Finnish advisory task force has focused on supporting the defence of Peshmerga fighters close to the front line. During the recapture of Mosul, Iraqi security forces have been given emergency medical care by providing emergency surgical care. During the offensive that started in October 2016, Finnish surgeons have helped in treating over 500 injured patients.