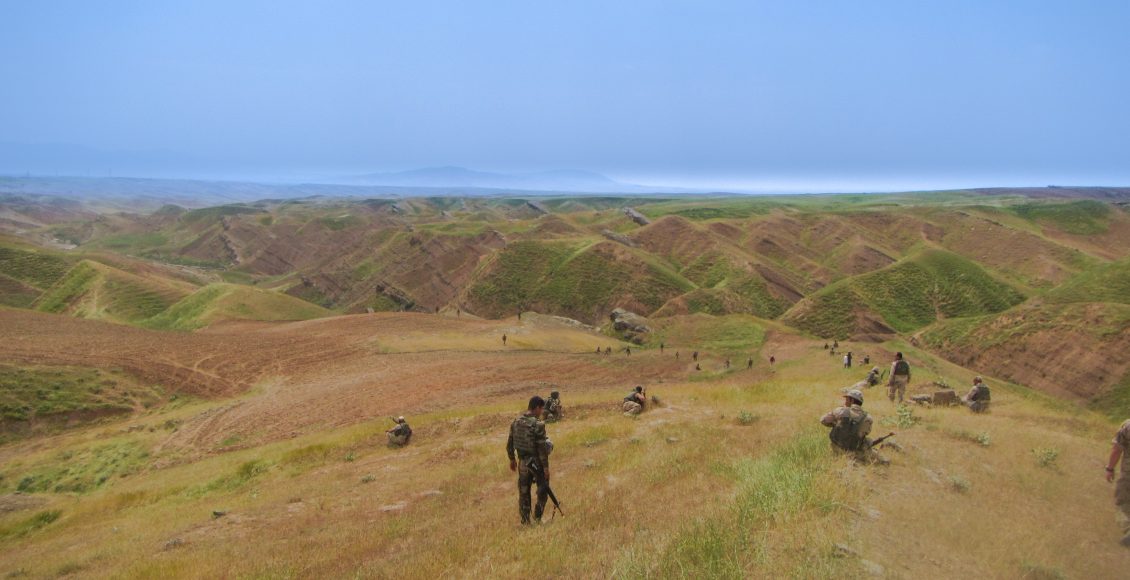 On the proposal of the Government, the President of the Republic decided on 28 June 2017 that Finland’s contribution to the mission in Iraq, Operation Inherent Resolve (OIR), will continue with about 100 personnel until the end of 2018. Since August 2015, Finland has participated with about 50 soldiers in the mission’s training activities and, since August 2016, also with about 50 soldiers in advisory tasks in the Kurdish region in northern Iraq.

By the end of 2017, these activities will be expanded also to other security troops in Iraq. The new national mandate will enable Finland to participate in training and advisory tasks also elsewhere in Iraq. As of September, the Finnish crisis management troops in Iraq consist of a training contingent already deployed in the area and, by the end of 2017, there will also be personnel in mobile training and protection as well as in support functions.

The mobile training contingent will start operational activities in early 2018. Mobile training makes is easier to extend training to the troops to be trained when the front line changes and moves away from the training base in Erbil. A Finnish contingent involved in protection improves the security of mobile training and makes it possible to provide training more widely than before.

During the past six months, the training contingent has focused on Wide Area Security (WAS) and Train the Trainer (T3) courses in permanent training bases. The key contents of WAS courses include patrolling, functioning of checkpoints and implementing search operations. At the individual level, the training continues to concentrate on basic skills in medical training and weapon handling. The T3 courses have provided basic skills for example in battle technique training or medical training for an infantry group, after which they have been given Train the Trainer training for two weeks. The courses aim at giving the students basic skills in training a group in their specialised area.

During last spring and summer, the focus of training contents shifted from training fighting units to training troops responsible for security in an area. The Finnish training contingent has also carried out seven extra training operations for Peshmerga fighters in the vicinity of the front line. While the training operations aimed at providing suitable supplementary training to the fighters they also gave an opportunity to receive useful feedback on how general training has responded to the demands of changing situations.

From the training perspective, the operation will continue for the next 12 months with the same priorities: training in WAS and T3 skills will remain as key areas. A course entity that provides a more extensive trainer training will be created and developed, lasting about six months and providing more comprehensive capabilities to act as a trainer than the T3 courses.

The security sector training provided by Finland in Iraq has improved the troops’ capacity to operate as a harmonised unit, developed their ability to survive in combat and created the basis to manage more demanding security situations and areas. Medical training has lowered the mortality rate of the wounded, and training related to the improvised explosive devices (IEDs), in particular, has reduced the casualties of those who have been trained. By the beginning of September Finnish personnel had trained a total of about 2000 Peshmerga fighters.

During the spring and summer months the Finnish advisory contingent focused on supporting the Iraqi security forces. The objective was to support the operational capability of the security forces, including provision of guidance, situation picture updates and medical support. This took place mainly in the security forces’ assembly areas and also in the vicinity of front lines. The contingent completed their task in Iraq by mid-August.

During the recapture of Mosul, Iraqi security forces were given emergency medical care by providing emergency surgical care. The operation started in October 2016 and Eastern Mosul was recaptured at the end of January 2017 after about 100 days of combat. The attack to capture Western Mosul started on 19 February 2017. It was reported that security forces took command over Mosul on 9 July 2017. Finnish surgeons helped in treating over 590 injured patients during the operation in Mosul; of these 25 were cases that required demanding emergency surgical care.

The medical team treated hundreds of wounded soldiers of the Iraqi security forces and dozens of civilians in emergency care stations that had been set up in the immediate vicinity of the front line. The majority of the civilians treated by the Finnish medical team were women and small children.

The front line remained fairly stable but ISIL’s harassing attacks in different parts of the front line were almost daily. Finnish personnel became targets of ISIL fire six times between October 2016 and August 2017 when positioned near the front line; they were forced to resort to self-defence. This did not cause friendly casualties or materiel losses or losses to the supported troops.

A Changing Coalition, a Changing Threat