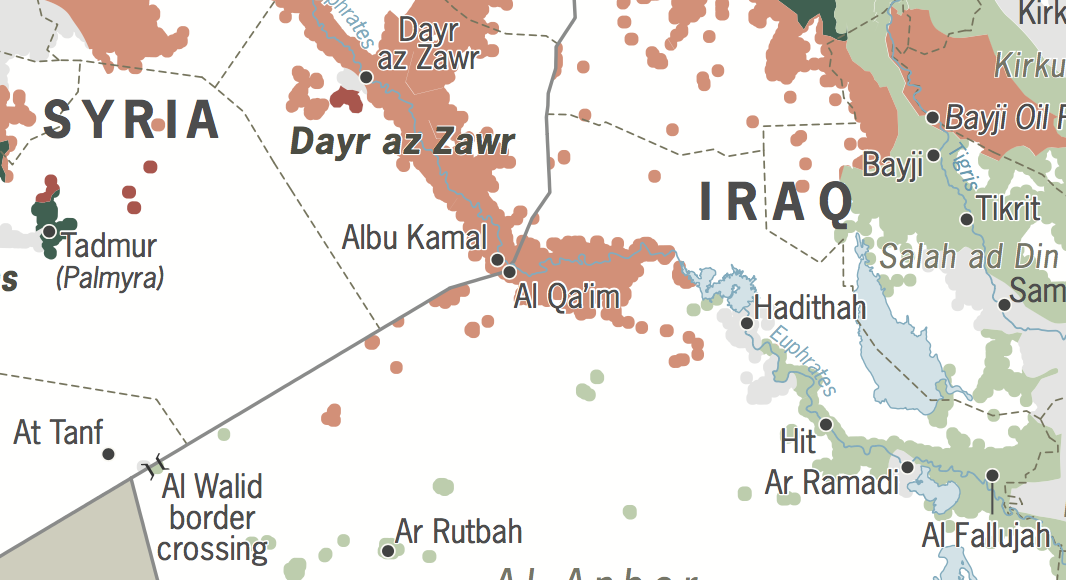 Key Daesh battlefield losses in the period March 1st – May 31st were to Iraqi forces in the Ninawa Governorate, the majority of which were in Western Mosul, and in the region near the Iraq-Syria border. In Syria, Daesh lost additional territory in Ar Raqqa, the Damascus countryside, Dayr-az-Zawr, Halab and Homs provinces. The majority of these loses were in Ar Raqqa and Dayr az Zawr, as the Syrian Democratic Forces and Syrian Arab Coalition isolated Raqqa city. 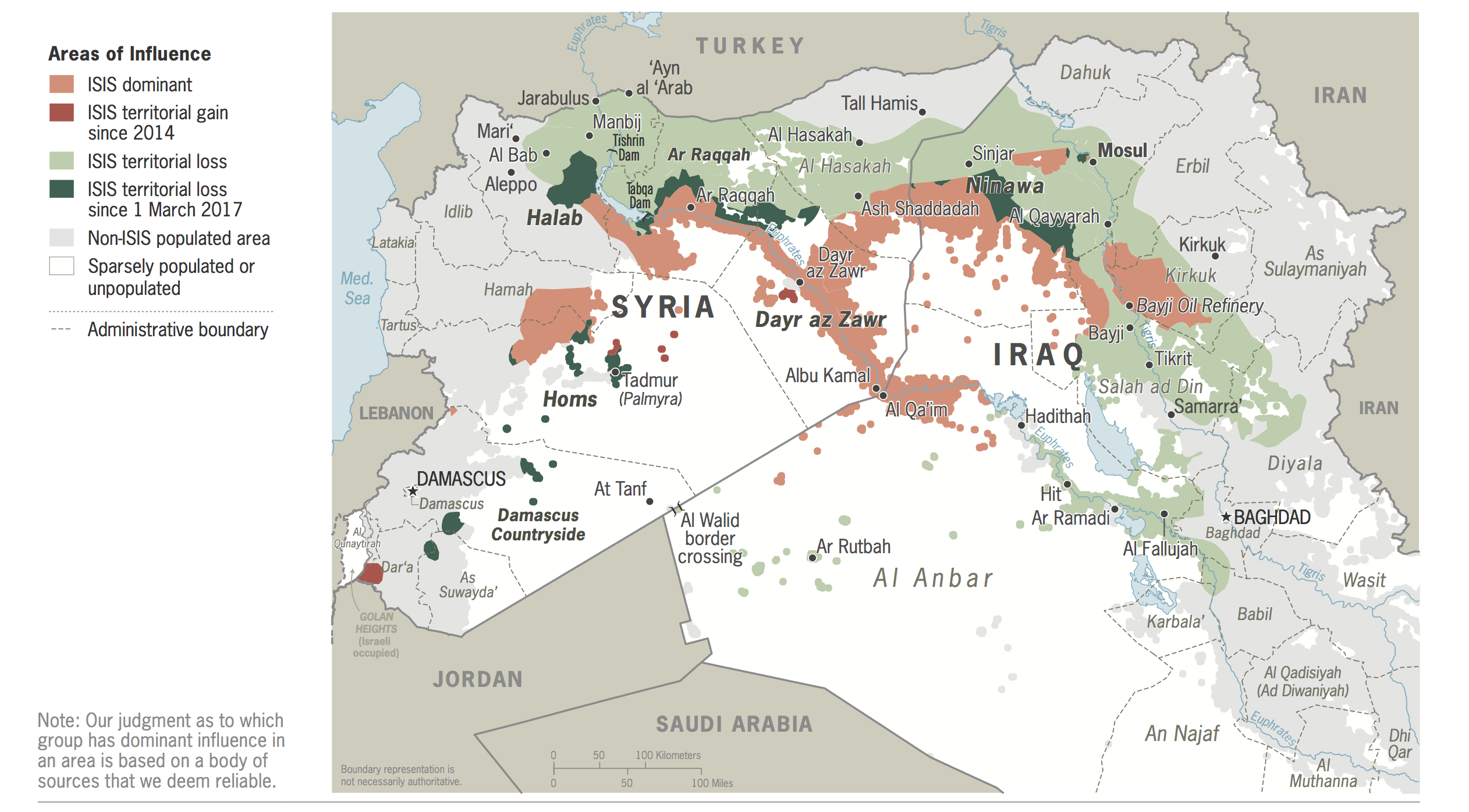