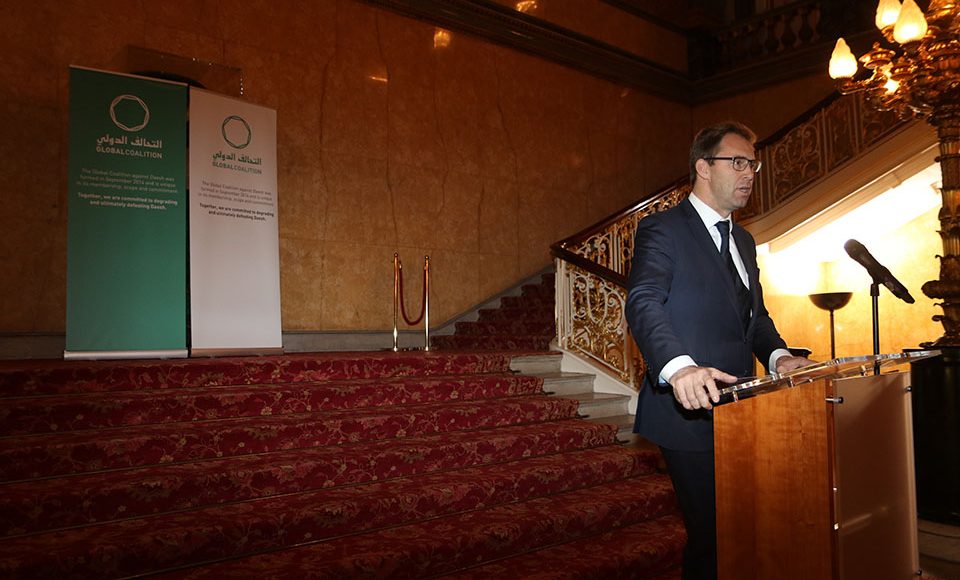 Speaking at the event, the UK’s Minister for the Middle East and co-chair of the Counter-Daesh Coalition Communications Working Group, Tobias Ellwood said:

“The UK has co-led this critical line of effort since its inception and we have significantly reduced Daesh propaganda output and their ability to recruit and radicalise.

“We must keep up the pace in degrading Daesh’s narrative as they move from losing their so-called state, in attempting to influence the state of mind of the vulnerable people.

“The threat is evolving as Daesh lose militarily in Iraq and Syria and the Communications Working Group is well prepared for this challenge.”

The meeting was attended by 38 Coalition nations which collaborated on strategies to defeat Daesh communications efforts in the largest show of unity for a Coalition communications meeting since its formation.

The UK plays a leading role in the fight against Daesh. From being at the forefront of silencing Daesh’s propaganda to carrying out more airstrikes than anyone except the US (over 1200 since 2014). The UK is dedicated to supporting the Coalition’s efforts to end Daesh in Iraq and Syria.

Further examples can be found here