On Wednesday 17 April 2019, the Coalition’s Stabilisation Working Group met in Baghdad, the first such meeting in the Iraqi capital, and since Daesh’s total loss of territory in both Iraq and Syria. 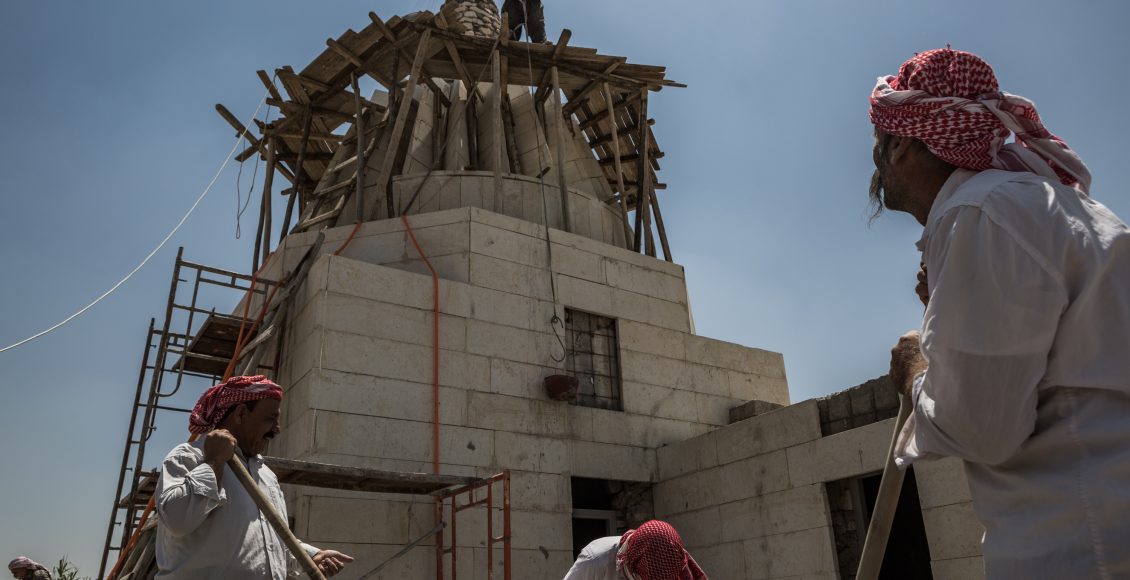 On Wednesday 17 April 2019, the Coalition’s Stabilisation Working Group met in Baghdad, the first such meeting in the Iraqi capital, and since Daesh’s total loss of territory in both Iraq and Syria. Ambassador William V. Roebuck (Deputy US Special Envoy to the Coalition), Marta Ruedas (UNDP Deputy Director), and Nancy Jamal (Official Coalition Representative) were in attendance of the landmark meeting.

The Group, co-led by the UAE, Germany, and the USA, has been assisting the government of Iraq since early 2015. It coordinates and promotes international stabilisation efforts in areas liberated from Daesh in Iraq and Syria. The stabilisation of these areas is crucial to ensuring the long-term defeat of Daesh, setting the groundwork for communities—including those targeted for genocide by Daesh—to recover, denying terrorists the ability to regenerate or reclaim lost ground.

In Syria, the Coalition-led Syrian Democratic Forces have liberated over 3.2 million civilians; Global Coalition members continue to provide stabilization and early recovery assistance through U.S. government mechanisms, the UN, and the Syria Recovery Trust Fund. The Coalition will continue to support international efforts to establish local security and local governance to restore the economy in areas liberated from Daesh.

In Iraq, the Coalition has supported the Government of Iraq, local faith-based groups and the UNDP Funding Facility for Stabilization (FFS).  27 partners have committed over $1 billion to the UNDP’s FFS, including Germany’s pledge in October 2018 of over $100 million. In addition, in April 2019 Chargé d’Affaires Joey Hood announced that the United States government intends to provide an additional $100 million. From this fund, the UNDP has in planning, begun, or already completed over 3,100 stabilization projects in 31 liberated areas, helping to facilitate the return of nearly 4.2 million displaced Iraqis. In addition, FFS projects have given 818,000 people improved access to healthcare, 1.3 million have improved access to clean water, and 1.8 million people with improved access to reliable electricity.

For women and girls specifically, 2.7million have benefited from the FFS, including 240,000 who have benefited from education projects, and over 1,000 women who have participated in livelihood projects (including cash grants and work opportunities). Women’s dormitories and faculties have also been rehabilitated in Tikrit, Fallujah, Ramadi and Mosul, supporting over 4,000 women in higher education.

While great progress has been made, there is still a lot of work to be done and funding required to complete crucial projects stabilising liberated areas. The Stabilisation Working Group does not consider the stabilisation process complete, and will continue to work with its members to ensure momentum is maintained in these areas. The projects will also take time, as the process of stabilising an area is complex. As an example, the clearance of the explosive hazards left behind by Daesh is extremely difficult, often due to the methods employed by the group to hide these devices. Until such clearance takes place, work to rehabilitate critical infrastructure cannot begin.