A Changing Coalition, a Changing Threat 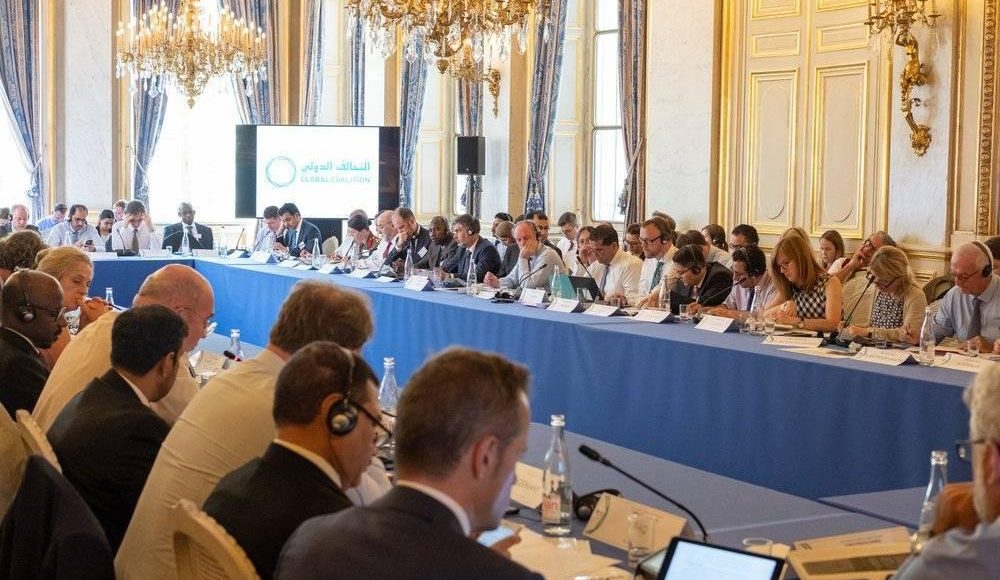 The Global Coalition’s Co-leads and Political Directors met in Paris on 24-25 June 2019.

“The fight against Daesh is not over.” That was the resounding message from senior decision makers when they met in Paris this week. It’s clear that the Coalition has achieved so much with its collective strength, not least liberating all of the territory once held by Daesh in Iraq and Syria. But it’s now time to look to the future and utilise our Coalition to tackle the evolving threat that Daesh continues to pose to the international community.

It was good to see the emergence of the ‘Paris Roadmap’ from these meetings. This sets out our vision for ensuring Daesh’s enduring defeat. The threat of Daesh is changing, and our Coalition has had to change with it. We know what we need to do.

The commitment shown by our 80 Coalition partners extends far beyond attending meetings. Not only has the Coalition liberated all of the territory once held by Daesh, we have also cut off funding supplies and shone a light on Daesh’s faulty ideology. We need to be frank and honest about the challenges on the ground, and that progress has been slower in some places than others.

Saying that, we have come a long way from when we began as a 12-member Coalition back in 2014. The work being done behind the scenes in capitals around the world just like Paris, and on the ground in Syria and Iraq, will have a long legacy. It will be adapted to meet other threats as they emerge, and has created a source of knowledge and expertise. It demonstrates the power of so many international partners coming together and working towards a common goal. This important work helps each and every one of us wherever we are in the world and protects our collective security.

How the US supports the UNHCR in Iraq

Sweden’s contribution to Iraq in 2019