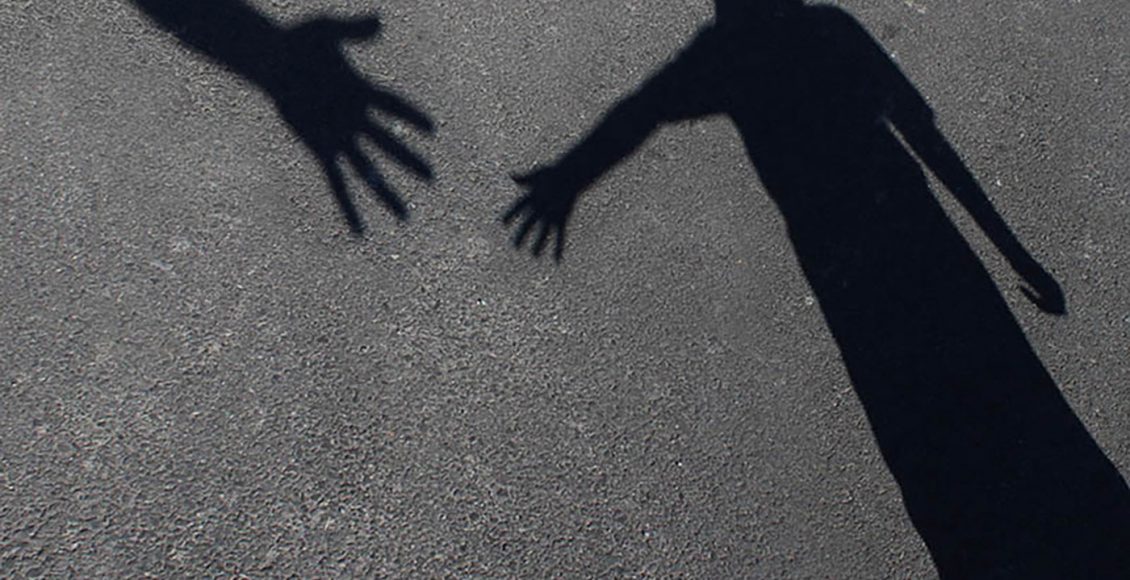 She is the only girl in a family of boys and now lives with her mother and father, after all of her three brothers chose to join Daesh. After having lost every single one of them, her home town had become too full of her memories for her to stay.

Amani, who holds a college degree in History, is now trying to make sense of her old life: “in the land of Daesh, the law which is being enforced is nothing like what we were used to and they practice an Islam we never thought existed” she says of the terrorist organisation. Even after two years, the sad and dark memories are still fresh in her mind.

“One night in late 2014, it was winter time and we were trying to get some heating oil. I saw my younger brother Abdulbasit enter the house, tired and concerned. He had volunteered in Daesh and he’d just come back from Iraq” she recalls.

“Her brother pushed her away and said: ‘move away, this is my slave girl’.”

Amani heard whispering and her brother berating someone. Amani opened the door to see a little girl standing outside the door, scared and confused. She approached her and tried to find out who she was, but her brother pushed her away and said: “move away, this is my slave girl.”

Amani tried to understand and asked of her brother “what do you mean ‘slave girl’? is she your wife?”

Her brother, who felt emboldened after Daesh took over the city of Mosul, gave Amani a threatening look and led the little girl to his room.

In the morning, Amani told her parents what had happened the night before. Amani’s father, who spent most of his life living in the conservative community of rural Dayr Az Zor, was shocked, and together with his wife went to witness the disgrace their son had brought to their family.

When he saw the little girl, her father lost his composure and started beating his son. The little Yazidi girl, Zereen, who witnessed this, felt reassured and threw herself at the father’s feet, begging for mercy. The son, Abdulbasit, started defending his actions with Daesh’s ‘Sharia’ law, and explained that the girl was a ‘spoil of war’, that she was ‘his to keep’ and that if they [his parents] disapproved, they would be acting ‘against’ Islam.

All the father could do is ask his son to leave his home, but he could not save Zereen.

Yet, Amani tried to think of ways to save the little girl. She tried to convince her father to keep Zereen in their home, but the father could not bring himself to accept keeping the girl who was the ‘source of disgrace’ under his roof. After Abdulbasit left, he took Zereen to the slave market to sell her. Daesh’s laws permit the selling and reselling of ‘slaves’ as they are considered ‘property’.

At the market, he was hoping to sell her for USD 800, but was only offered half that price. Finally, he decided to go back to his parents’ to pick up some stuff and stay away from Daesh’s frontlines for a while.

He left Zereen at one of his friends’, and came home. Amani tried to convince him that it would be okay if he brought her home. She said “I knew he was going to get killed. He was participating in the battles around Shadadi, and they were losing men on a daily basis to Kurdish fighters who were supported by warplanes. I finally managed to convince my father to keep the girl until we could find a solution.”

“The way Daesh fighters were treating their ‘slave girls’ was frightening.”

A week later, her brother came back with Zereen. She was very tired and miserable. “The way Daesh fighters were treating their ‘slave girls’ was frightening. How could their human values degenerate in just a matter of months and engage in some of the most horrendous acts known to man?’ Amani wonders.

Amani had already lost her two older brothers in Iraq whilst they were fighting with Daesh to take over Mosul. Her younger brother Abdulbasit used to spend weeks on the frontlines before coming home for a couple of days, or sometimes a few hours.

A few days after he left for a battle in the province of Hassake, the family got word that he had been killed.

They held a memorial service for him for a couple of days, but the family could no longer stay in al-Mayadeen. To them, it had become a town filled with ghosts. Amani’s father had hoped that at least one of his sons would renounce their evil ways, but having lost hope and all his other sons, he decided to leave for good.

But before they could go anywhere, three Daesh fighters showed up at their door and asked for the ‘goods’, in reference to Zereen. ‘Slaves’ are considered the organisation’s property and should be returned if the original owner is absent.

After managing to put off the Daesh fighters, Amani tried to think of ways to free Zereen. She heard that there were middlemen who could smuggle ‘slaves’ in exchange for money. She wanted to investigate more, but being a woman under Daesh, she was limited in her freedom of movement between towns, so she decided to involve her father.

They managed to get the phone number of one of Zereen’s relatives, who facilitated the process. The relative said there was a group of Yazidi businessmen who paid middlemen in Daesh-controlled areas to save Yazidi women who had been captured by the organisation. It took them an entire month before they could come up with a plan to save Zereen. Luckily during this time, intense targeting of Daesh sites and locations by Coalition airstrikes was going on in al-Mayadeen, so the three Daesh men did not come back to reclaim Zereen and were never to be seen again.

Amani says that “thanks to Zereen, we started thinking about how we were trapped as well, and how we needed to get out.” But this was easier said than done. Any person who wants to leave Daesh territories need to obtain permission from its court first.

The Yazidi middleman told Amani that a woman would visit them within a day or two. Indeed, two days later, a woman came whose job was to recruit other women to join Sharia courses in al-Mayadeen. This was a legitimate cover to move around and disappear when needed. She gave Amani a stamped and sealed manumission paper confirming that Abdulbasit had given Zereen up before he died. The paper was fake of course, but the woman did her utmost to make it look authentic. “This piece of paper enabled Zereen and us to pass through all Daesh’s checkpoints,” Amani says. The Yazidi middleman had asked the family to go to a house in a small village near the Raqqa-Aleppo highway. Amani recalls: “we headed to northern Raqqa, and from thereon to Kobane. We had made it! We had defeated Daesh! We managed to save Zereen, and she managed to set us free!”

The project building houses from the ruin of Daesh