Why Baghdadi’s recent speech shows that he recognises the terror group is “on the brink of defeat”. 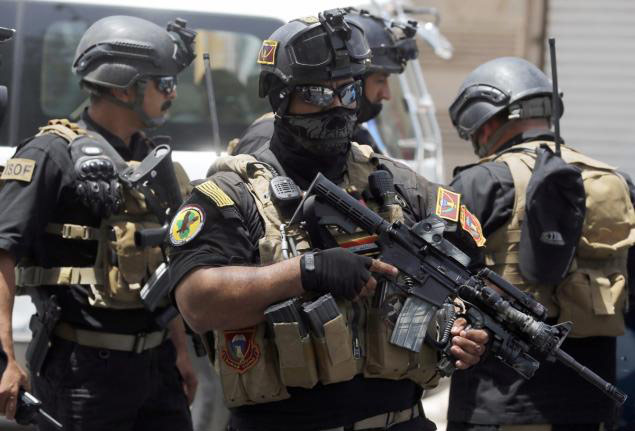 On 3 November, Daesh leader Abu Bakr al-Baghdadi issued an audio recording in what might be described as a desperate attempt to justify the organisation’s ongoing defeats and to downplay the significance of the eventual recapture of Mosul by Iraqi Security Forces (ISF), with help from the Global Coalition.

After having established in Mosul the de facto Iraqi capital of what he refers to as his “caliphate”, in this audio statement Baghdadi deliberately chose not to make direct reference to the city. Instead, Baghdadi referred to the city in the larger context of so called “Nineveh Wilayat (province)” which he described as but “one of the Wilayat (provinces) of the Islamic State.” This characterization is important as it indicates that Baghdadi is attempting to downplay Mosul’s significance within the eyes of his supporters, effectively preparing them for the eventual liberation of the city by the Iraqi government. Nevertheless, the loss of the city will be the largest setback for the organization since the start of operations to defeat it.

Similarly, Baghdadi neither made mention nor attempted to justify Daesh’s loss of Dabiq, in northern Syria, a prophetically-important symbol for Daesh, which for years the group’s propaganda has hailed as the site of the final apocalyptic battle. Recognizing that his organization is on the brink of defeat and that the loss of Mosul would signal the end of Daesh’s control over major Iraqi cities, Baghdadi merely offers historical and religious examples of victories achieved on the brink of defeat to subdue the growing doubt and fear of his fighters.  He goes to the extent of apologizing to his men in Government of Iraq custody saying that he cannot do anything to help them and that they should spend their time praying for their brethren.

Baghdadi’s frustration is palpable throughout the speech. Contrary to previous messages in which Baghdadi implores Sunni populations to join the so-called Islamic State, the latest speech featured Baghdadi berating Sunnis for rejecting Daesh’s ideology. The source of this frustration is likely the fact that Sunnis around the world have substantially rejected Baghdadi’s message and Daesh ideology. Further, populations under Daesh rule have progressively turned against the organization, through acts of resistance, small and large, armed and unarmed.

So far, this is the weakest speech we’ve seen coming from Baghdadi. A definite sign of defeat.

What is the relationship between terrorism and mass media? RUSI Fellow Jessica White…

How education influences the wishes of Syrian children