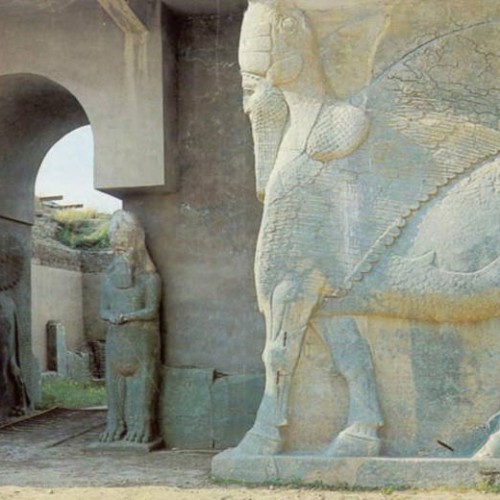 Daesh’s damage and looting of historic sites in Syria and Iraq has not only destroyed irreplaceable evidence of ancient life and society but has also helped fund its reign of terror inside those countries. Documents and items seized during a raid on the compound of Daesh Senior Leader Abu Sayyaf provided further evidence that Daesh – beyond its terrorism, brutality, and destruction – also engages in a wide variety of criminal activity, including systematic looting and profiteering from the illegal antiquities trafficking under the direction of its senior leadership.

Working together with other nations and private organisations in the preservation of cultural heritage, the United States is committed to disrupting the illegal trafficking of antiquities, and proving that Daesh’s tactics of murder and destruction will not erase Iraq and Syria’s rich history and cultures.

The State Department is the largest contributor to The American Schools of Oriental Research’s Cultural Heritage Initiative – providing over $1.5 million since 2014 to document damage, promote global awareness, and plan emergency and post-war responses in Syria and Iraq. This work is being placed online as part of a global collaboration to halt the trade in conflict-region antiquities.

The State Department has also announced that its Rewards for Justice program will reward up to $5 million dollars for information leading to the significant disruption of the sale and/or trade of antiquities and oil by, for, on behalf of, or to benefit Daesh.

Towards safe and stable Iraq

Humanitarian funding for Iraq through OCHA

How an Oxygen Bottling Plant is Bringing Hope in Northeast Syria