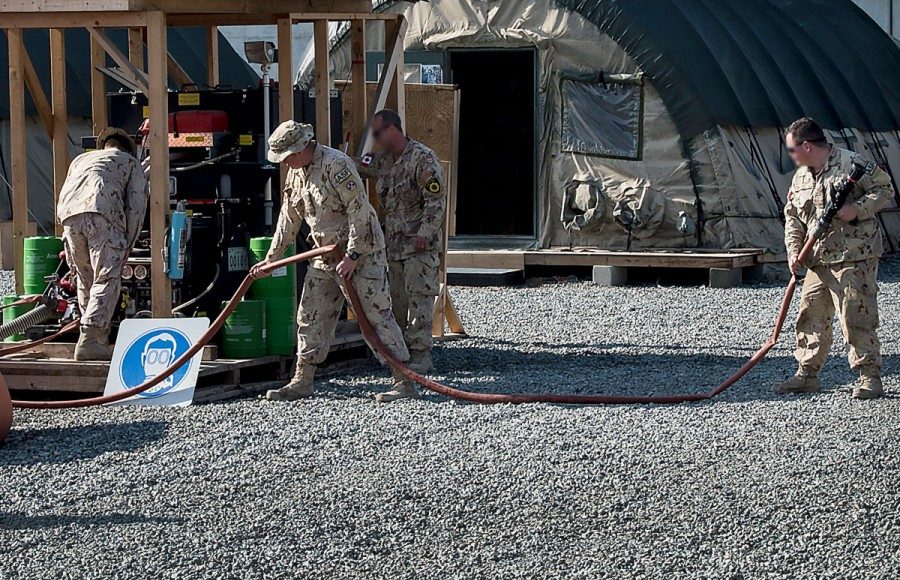 Fire fighters have been deployed overseas as part of Operation IMPACT. Their main role is fire prevention which includes providing fire brigade training. Among a variety of tasks, they maintain and inspect fire detectors and fire extinguishers in various locations where Canadian armed forces members operate.

“I’m in charge of this fire brigade composed of aircraft technicians,” explains the fire fighter. “Even though our American counterparts provide firefighting services on this base, our crew must know how to react rapidly to situations in which they would have to protect their comrades, groundwork and equipment. It can make a big difference, especially in operations.”

Aircraft technicians deployed on Operation IMPACT learn how to use a deployable firefighting unit. This stationary equipment includes a reservoir linked to a pump that pushes the water through fire hoses. Military fire fighters can install this unit anywhere in the world, wherever it’s needed.

Soon, the water jet reaches distant targets and all members of the brigade perform their drills as a cohesive team. Once satisfied, the fire fighter then takes the time to provide additional instructions to his brigade, ensuring that all members are comfortable operating every work station.

“I’m learning a lot on this deployment because I don’t often perform fire prevention activities in my home unit. This is an outstanding opportunity to increase my skill sets. I truly feel that I have an impact on the safety of everyone who’s been deployed here.”

The aircraft technicians start putting all the equipment away, making sure that the pump and the hose are stored properly, in case they need to be used in a real situation. Canadian armed forces personnel rely heavily on their aircraft and equipment in order to assist the multinational coalition to halt and degrade Daesh. 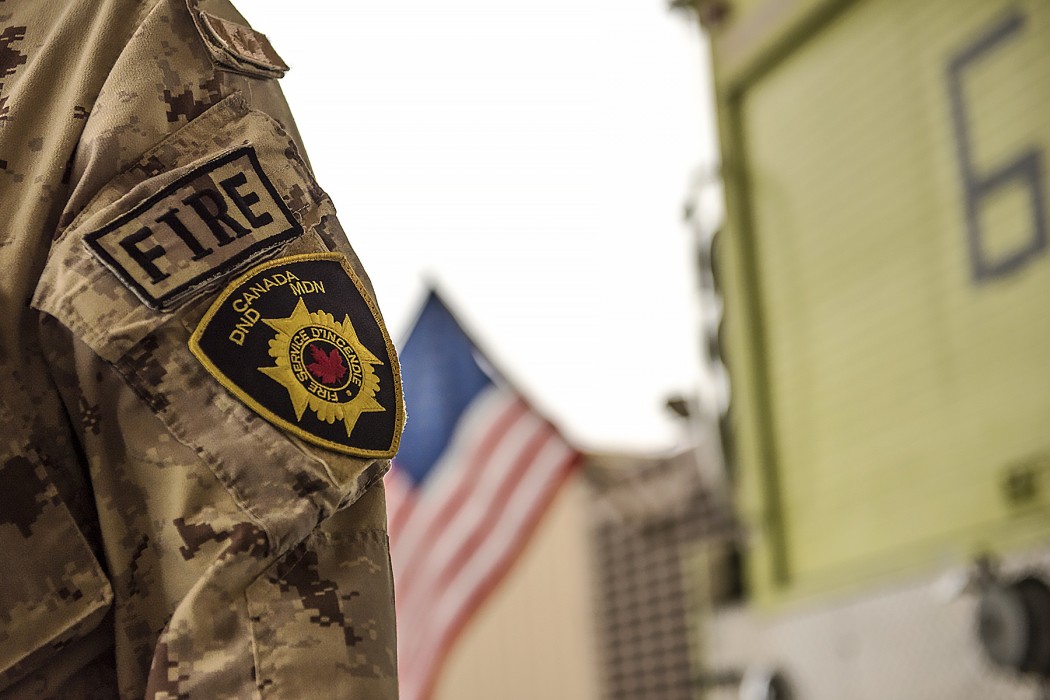 “Even if I don’t actively respond to emergency calls during this deployment, I often work with American fire fighters,” proudly adds the fire fighter. “We have the same standards, the same type of training and very similar equipment. Since my first day on Operation IMPACT, we’ve become brothers in arms. The word on the street is ‘one team, one fight’!”

#ThisGenerationLearns – The Importance of Getting Girls Back to School in Iraq

Back to school in Mosul