Stories of Ramadan: A “Tattooed Identity” Daesh Could Never Change 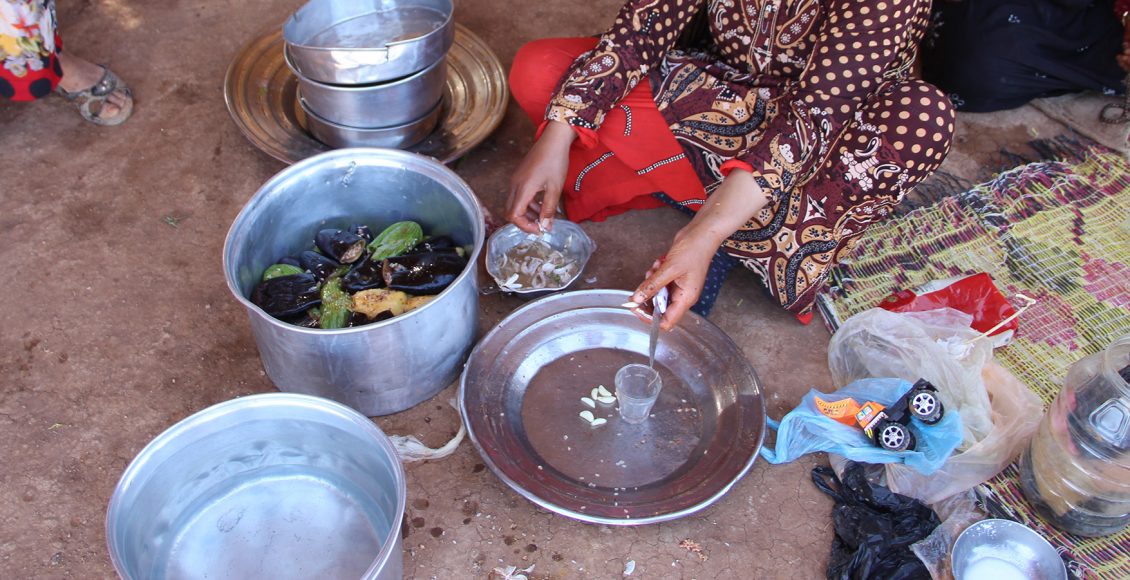 Zaina’s sons left behind three children who lived together with their grandmother in a ground level flat on al Kuwatli Street, a busy avenue with shops that attracted people from all over Raqqa. Before her sons’ departure, Zaina (who people also called Um al-Abd) used to live with them in a rented apartment on Tal Abyad Street, one of the city’s architectural landmarks and a marketplace for affluent traders.

However, in early 2015, Daesh tightened its grip on the city and, according to Zaina, they turned Tal Abyad Street into a place where public executions, beheadings and crucifixions were carried out. Eventually, she was asked by the local emir to vacate her flat and to give it to a foreign fighter from Tunisia, who proceeded to move in with his two Raqqawi wives.

Zaina now lives in northern Raqqa near Ain Aissa, an area liberated by the Syrian Democratic Forces (SDF). She managed to leave Daesh’s ‘capital’ amidst the chaos which struck the organisation in May 2017 when Global Coalition airstrikes destroyed several Daesh buildings and command centres in Raqqa.

Fleeing the city was not as hard as it used to be. All Zaina had to do was walk a few kilometres north until she could see SDF flags in the distance. There, SDF fighters welcomed her and moved her to a camp near Ain Aissa where some other 20,000 IDPs live, half of which had arrived in the last month alone. 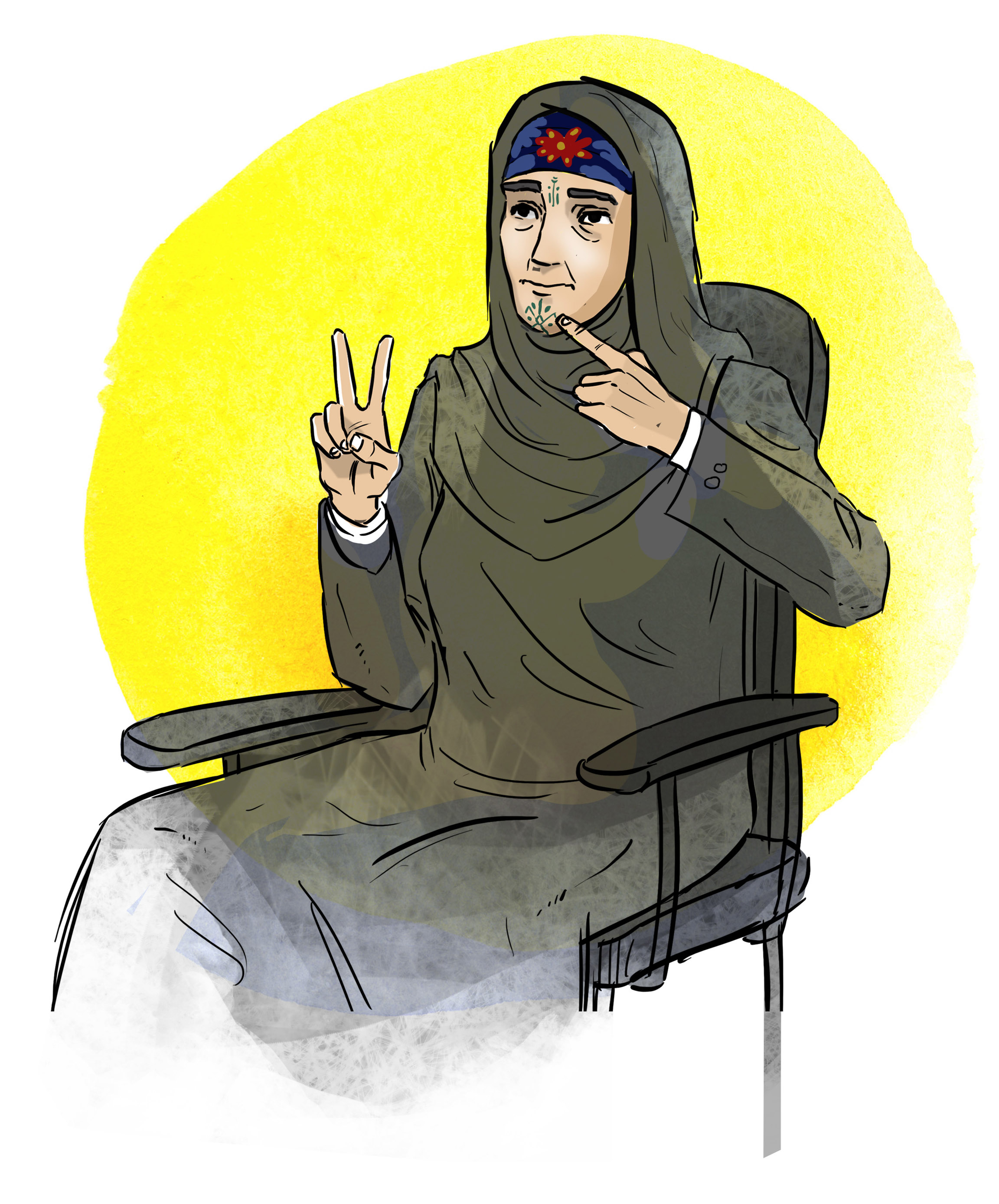 Inside the camp, Zaina knew many people from the time she lived in Raqqa, including relatives. She also says that the Self Administration officials running the camp are worried that Daesh infiltrators could be hiding amidst those who escaped, but people cooperate with them to make sure this doesn’t happen. One of the first things Zaina saw were girls wearing local headscarves wrapped around their heads, standing beside men which brought back haunting memories of Daesh’s brutal rule. Indeed, everyone in the camp had a story to tell about Daesh’s brutality. Zaina recalls the story of a woman in the camp who lost her nine-year-old child in Raqqa. Life is by no means perfect in the camp, but at least people aren’t living the constant threat of punishments, lashing, crucifixion, beheading or the aftermath of Hisbah patrols (Daesh’s morality police).

Recalling the early years when Daesh took over Raqqa, Zaina explains how difficult those days were. “It was particularly challenging to remember all the rules they wanted to enforce, but any deviance would usually lead to harsh punishments by the infamous Hisbah police,” she says. Daesh relied on collective terror by carrying out public executions. “During the month of Ramadan in 2016, Daesh accused four young men of not fasting and crucified them all at once in Tal Abyad square,” Zaina explains. Zaina stays quiet for a moment as she remembers every detail of that day. “My four-year-old grandson was with me that day, as I was merely passing by. I made the mistake of letting curiosity take over and I joined the crowd around the square to see what was going on,” she says with regret. This grandmother who hadn’t seen anything like this before was horrified as she gazed upon four young men screaming from the pain of crucifixion. “One of them was hardly moving his head but he was in great pain, I could see large nails piercing through his feet and hands, he was bleeding, and his body was all red,” Zaina describes. In many cases Daesh fabricates charges when accusing people, but the severe punishments they deliver are very real and serve a particular purpose: to control the population through terror.

The next day, the story of the four young men spread around the city. One of them, it was told, had a throat infection and was taking his medicine whilst driving around in a car with his friends on Tal Abyad street. Islam does allow for the breaking of the fast if you are ill and must take medicines. It seems that a Daesh spy spotted him in the car when the young man took the pills, and immediately reported him to Daesh. The young men decided to stop the car in the market to buy some groceries, and were caught by the Hisbah police. Even though the remaining three were fasting, Daesh accused them of allowing “un-Islamic behaviour to spread”. “How could they allow their friend to break his fast in public and not report it?” was Daesh’s argument. The young men begged for their lives but to no avail, and were crucified within the hour.

Zaina says that those who enjoyed relative safety under Daesh were the elderly. “Daesh sees the entire population as religiously ‘corrupt’, and they see the elderly to be ‘beyond repair’, that’s why they leave them alone as long as they do not break any rules” she explains. That’s why the elderly are the most marginalised group in the city, because the group focuses more on children, unmarried young women and lastly on young men.

During Ramadan, women are forbidden from ever leaving their homes. Only at night do they allow women to go out, but they must be accompanied by a male relative. This rule did not always apply to old women and Zaina was able to exploit this to her advantage. She would spontaneously act out the role of a rather senile elderly woman whenever she came across members of Daesh, thereby avoiding any trouble they might cause her.

Zaina, smiles after a long dreary silence. She says “Daesh changed everything in Raqqa through terror, crucifixions, cutting off hands, imposing absurd laws for clothing, banning tattoos and punishing those who get them. Nonetheless, old traditional tattoos remain on the faces of the women of Raqqa, marking our identity, as something they will never be able to change.”