The Syrian Arab Coalition and their Syrian Democratic Force partners completed the liberation of the Tabqah Dam, as well as the city of Tabqah and its nearby airfield May 10. Release courtesy of Combined Joint Taskforce – Operation Inherent Resolve 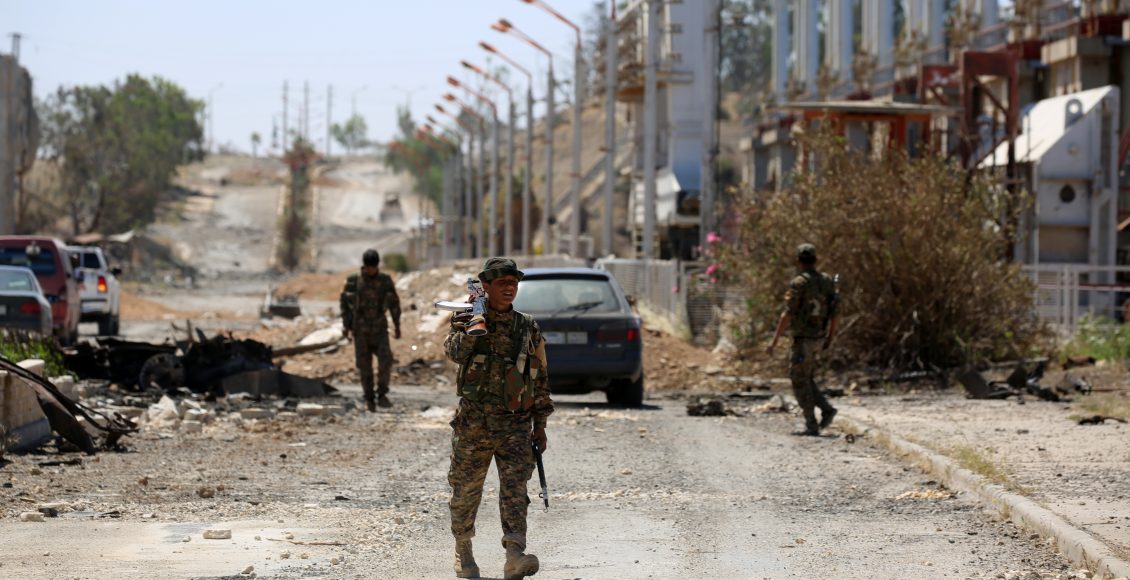 The multi-ethnic SDF forced the surrender of Tabqah Dam and the remainder of Tabqah City, continuing the trend of Daesh’s  (ISIS) diminished control of territory and people. The SDF has now further isolated ISIS in Raqqa, the terror group’s stronghold, and will continue to pursue the military defeat of ISIS throughout Syria.

“This is yet another victory by the SAC and the SDF, our most committed and capable ground force partners in the fight against ISIS who remain hard at work erasing ISIS from the battlefield, liberating their own people and lands,” said the Coalition Spokesman, Col. John Dorrian.

In Tabqah, the SDF’s increased pressure on ISIS from each flank allowed it to accelerate the pace of the fight, clear the final neighborhoods of the city, and isolate Tabqah Dam. Approximately 70 ISIS fighters conceded to the SDF’s terms, which included the dismantling of IEDs surrounding the dam, the surrender of all ISIS heavy weapons, and the forced withdrawal of all remaining fighters from Tabqah City.

The SDF accepted ISIS’s surrender of the city to protect innocent civilians and to protect the Tabqah dam infrastructure which hundreds of thousands of Syrians rely on for water, agriculture, and electricity.

The Coalition tracked fleeing fighters and targeted those that could be safely hit without harming civilians.

The SAC and SDF liberation of the ISIS stronghold of Tabqah, an operation that began March 22 with a surprise aerial infiltration behind enemy lines to the South of Lake Assad, severs ISIS’s ability to reinforce Raqqa and denies ISIS a key coordination hub that its foreign terrorist fighters used since 2013 to plan local operations and external attacks against the West.

With its seizure, the coalition has severed ISIS’s ability to reinforce its self-proclaimed capital in Raqqa, prevented a potential humanitarian disaster, and ensured local citizens will continue to receive the dam’s basic services.

After ISIS’s defeat in northern Syria, ISIS moved its foreign fighters and external attack planning operations to Tabqah in order to avoid coalition airstrikes within Raqqah. The operation to seize the Tabqah dam, airfield and city disrupts ISIS operations in Raqqah and their ability to defend the city and plan and execute external attacks against the West.

With Tabqah now liberated and Raqqah further isolated, the Coalition and its partner forces continue to hinder ISIS’s ability to reinforce its self-proclaimed capital in Raqqah, prevented a potential humanitarian disaster, and ensured local citizens will continue to receive the dam’s basic services.

“The SDF’s success against ISIS demonstrates the power of working by, with and through local partner forces fighting ISIS, among their own people, in their own territory” said Dorrian. “The SDF, fighting to liberate their own people and lands, have freed more than 8,000 square kilometers of Syria from ISIS since November.”