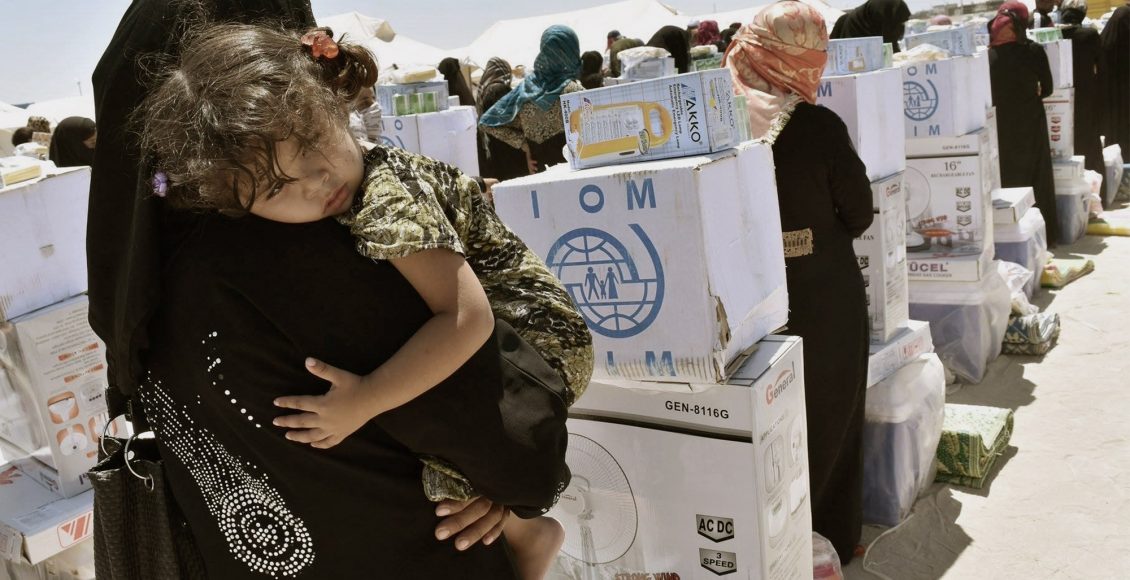 The Coalition supports security and stabilisation programmess in areas liberated from Daesh, including those covered by the UN’s Funding Facility for Immediate Stabilisation (FFIS) and the new Funding Facility for Expanded Stabilisation (FFES), both of which help local partners to set the conditions for the return of displaced residents and promote the economic revival of Iraqi communities. Clearing war debris in liberated areas and training police forces to secure local communities are prerequisites for sustainable recovery and important priorities for the Coalition.

Coalition partners also understand the urgency of quickly stabilising areas devastated by Daesh, and because of recent military advances the number of communities that need help has significantly increased.  As of late July, 21 Coalition partners have pledged more than $200 million for the FFIS.  At least one has pledged $50 million and several more are considering contributions to the FFES, which focuses on job growth in Iraq through the rehabilitation of critical infrastructure – eg hospitals, bridges, electric power lines, etc. Thousands of public sector jobs have already been budgeted for by the government of Iraq, but people have been unable to work because the infrastructure was damaged or destroyed. By rehabilitating key infrastructure, like the Tikrit Teaching Hospital, thousands will be employed, helping to sustain the Iraqi government’s hard-fought gains.

Thanks to the Coalition police training program in Iraq led by the government of Italy, about 4,000 federal and local police have been prepared for deployment to liberated areas. The rate of training through-put is expected to double in 2017. These police forces have a vital role ensuring public safety and the rule of law, while protecting their communities from Daesh infiltration.

Ensuring that all displaced citizens can voluntarily return home in safety and dignity and rebuild their communities is essential to reconciliation and inclusive governance in Iraq and Syria. According to UN statistics, 95 percent of IDPs have returned to Tikrit thanks to help from the government of Iraq, supported with additional stabilisation funds from Coalition partners. More than 775,000 people have returned home across Iraq.

Coalition members have also stepped forward to expand humanitarian demining operations in Ramadi and other areas liberated from Daesh. More than ten nations have pledged additional funds for de-mining beyond those already committed, covering nearly one third of the estimated $300 million needed for counter-IED efforts during the next two years.

Assisting the Government of Iraq to fight Daesh