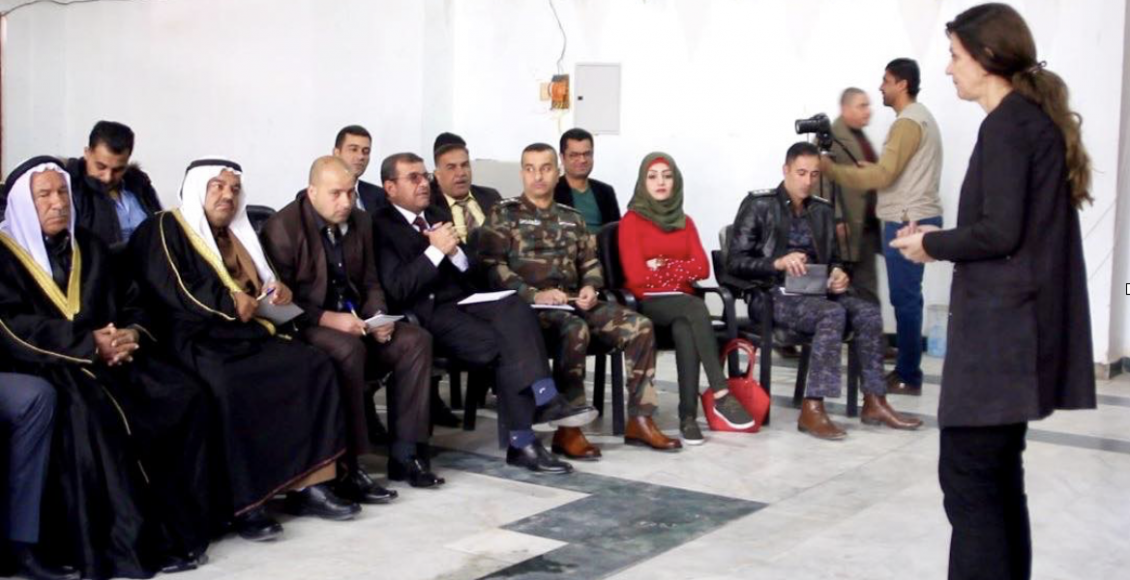 These influencers were trained on how to deal with post-traumatic stress caused by Daesh, how to spread a culture of tolerance and non-violence, promoting the principle of civil peace, and preventing any acts of reprisal that may take place in the liberated cities. The trained influencers then conduct their own community discussions to further spread these ideas within their local areas. The project’s success in Anbar allowed it to also launch in other areas of Iraq, such as Nineveh.

“The campaign aims to build a new stage after the war on extremism and terrorism to overcome what happened,” said Zikra Sarsam, the Project Manager of ‘We are Iraq’. “Most importantly, it aims to consolidate the concept of civil peace and non-violence.”

The trainers are of different nationalities, giving the trainees a diverse group to learn from. The campaign targets all segments of society, especially those whose ideas seem incompatible with the principles of tolerance and peaceful coexistence, or those who are influenced by the ideas of Daesh.

“It is very important to raise awareness about renouncing the spirit of vengeance and revenge, and to embrace all the victims of the terrorist group Daesh, including the families of Daesh members because they are victims as well,” said Qais Al-Asafi, the emir of the Al-Dulaim tribe, during a discussion session run by the ‘Tower of Babel’ organization in Ramadi. 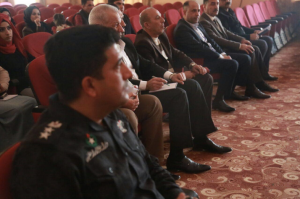 Working with so-called “Daesh-families” to help them go back to their homes is a major strand of the work. Recipients of the training work to ensure individual freedom and human rights are upheld in Anbar and Nineveh, and they focus on promoting acceptance and inclusion, especially for those on the fringes of society.

Families who had a member join Daesh are especially at risk of being excluded from society and the project works to support their reintegration, after they have declared their non-involvement in Daesh crimes. Trainers encourage communities not to treat the families as criminals.

“This in itself an important cornerstone in achieving civil peace in the cities and the liberated provinces,” says Al-Asafi.

Al-Asafi, during his community discussions, favours topics in support of what their society should do to ensure that Daesh will not return, and that no other terrorist organisations will emerge in the future.

The discussions deal with questions like how best to work together to fight corruption and reduce religious and political incitement, as well as how to address unemployment — especially for youth.

He stated that it is further important to find centres or areas where intellectual, cultural, and educational activities are held to promote the principles mentioned above, and to encourage the broader community to attend.

Journalist Nabil Azmi, one of the members of the ‘We Are Iraq’ campaign, said that he focuses his dialogue sessions on the importance of tackling issues like the absence of the rule of law, the marginalization of some parts of society, the absence of justice, the tribal acts of vengeance and their effects, the lack of confidence in some security agencies, and more.

“In the dialogue sessions, we focus on tackling issues that would otherwise hamper our campaign,” said Nabil Azmi, a journalist and member of the ‘We Are Iraq’ campaign.

National-level concerns like the absence of the rule of law and justice, administrative and financial corruption or widespread unemployment feature heavily but so do local concerns like tribal justice and punishments, the proliferation of guns and weapons not controlled by the Government and the intransigence of local people to allowing return of displaced families, especially those associated with Daesh.

The EU’s contribution in Iraq