For years, the Republic of Yemen has combated terrorist organizations {Daesh – Yemen Branch (Daesh-YB) as well as Al-Qaeda in the Arabian Peninsula (AQAP)} and their activities through direct confrontation, intelligence, cultural and social methods, and cooperation with partners. The exchange of information and cooperation to combat terrorist threats has been and continues to be very important for the quick and effective prevention of any possible terrorist attacks against national, regional or international interests.

On February 21, 2012, President Hadi assumed his duties as President of the Republic of Yemen in extremely difficult circumstances. One of his first major initiatives was a series of orders to use all available military, intelligence and defense capabilities to combat terrorism and extremism in Yemen.

The Yemeni government and Yemeni people have stood firmly against Daesh incursions. Daesh-YB has not been able to assert itself as successfully as al-Qaeda or its parent organization in Iraq and the Levant. It has not been able to find a solid base of support in Yemen; and its extremist ideology has been unable to penetrate Yemen’s tight knit tribal communities.

Daesh-YB’s fighters are the most extremist defectors from AQAP. In order to gain recognition as a branch of Daesh in Yemen, on March 20, 2015, Daesh-YB attacked several Zaydi mosques in Sana’a killing 170 people and wounding hundreds. (for further information regarding Daesh-YB attacks check the links below)

As for funding, Daesh-YB primarily relies on outside support smuggled via intermediaries from Syria into Yemen or smuggled through seaports into Hodeidah and along the coastal strip. Additionally, Daesh-YB ransoms foreign captives, robs banks, exchange bureaus and jewelry stores, and engages in money laundering.

The Success of Counterterrorism Efforts by Yemeni Government:

The Yemeni Government has reshaped specialized counterterrorism units with the support of the Arab Coalition and our international partners, empowering intelligence agencies to effectively collaborate in the fight against terrorism. Despite the current crisis in Yemen that has often disrupted military efforts and security agencies in their efforts to combat terrorism, the Yemeni Government has worked hard to reform these agencies and distribute them throughout regions where the government operates.

The presence of government forces in the urban areas where Daesh had operated has resulted in the expulsion of Daesh-YB.

As a result, AQAP and Daesh-YB have fled the main cities and now find themselves unable to launch the same brutal attacks as before. Both terrorist groups have had to relocate their leadership to Al-Bayda Governorate, forming small cells to carry out their activities. The presence of government security forces in urban areas has led to a significant reduction in AQAP and Daesh-YB activities as well as recruitment. (for further information regarding the military counterterrorism operations check the links below)

Combat the Infiltration of Foreign Fighters

The Government of Yemen with help of United State reactivated joint security programs, such as the revitalization of the project of security ports of land, sea and air to prevent the infiltration of foreign fighters like (the PISCES).

For further information regarding the Government of Yemen’s counterterrorism efforts, please see the following links: 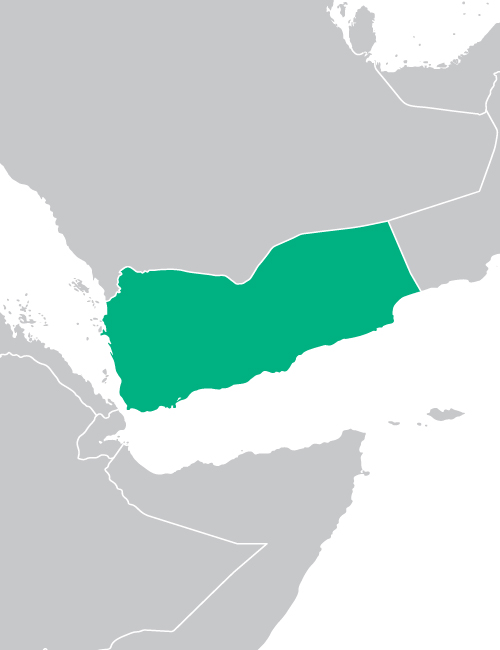 May 22, 2018
This summary includes notable items of Daesh propaganda from the previous week, including events in Yarmouk, Syria,…