Montenegro joined the Global Coalition to Counter Daesh in December 2014. As part of the Coalition, Montenegro has delivered military support to the Iraqi Security Forces and actively participates in the Coalition’s sharing of information and best practice, in particular through its membership of the Foreign Terrorist Fighters Working Group.

Military aid
In its role as a Coalition partner, Montenegro has supported the Iraqi Security Forces through donating ammunition and other forms of military ordnance to be used in the fight against Daesh. The total cost of this donation amounted to €186,262.

UNSCR 2178
Montenegro co-sponsored UN Security Council Resolution 2178, which was adopted by consensus at an extraordinary UN Session, conducted in September 2014 and chaired by US President Barack Obama. In support of UNSCR 2178, the Montenegrin Parliament amended the Penal Code of Montenegro where it stipulated “taking part in foreign armed formations” as a criminal offence.

Stemming the flow of Foreign Terrorist Fighters
Montenegro is a member of the Foreign Fighters Working Group, co-chaired by Turkey and The Netherlands. Accordingly, Montenegro has stepped up activities of its institutions, especially its diplomatic and security apparatus, to bolster information-exchange and co-ordination, both at the national level.

Communication efforts to tackle ISIS propaganda
Montenegro is a member of the Communications Working Group, co-chaired by the UAE, UK, and U.S. Montenegro supports all the efforts aimed at building resilience to terrorist propaganda and supports the work on exposure and fight against this phenomenon.

Top Contributions of Coalition:
Montenegro was part of NATO-led RS Mission in Afghanistan until September 2020, which was a major allied contribution to the Global Coalition, taking into account that DAESH also has terrorist cells in Afghanistan. Montenegro will continue to financially support the sustainability of Afghan National Defence and Security Forces (ANDSF) in the amount of 400,000 USD per annum until 2024.

Montenegro commends the efforts of the Global Coalition on liberating territories of Iraq and Syria. As a member of the Global Coalition and NATO, Montenegro is ready to continue with its contribution to the fight against terrorism, as shown through activities in the Coalition, but also through the support to the NATO Trust Fund for Iraq and Resolute Support Mission in Afghanistan. 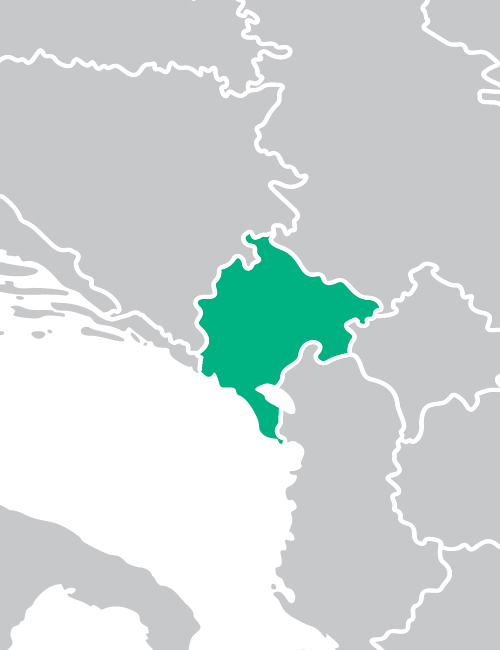 donation of military equipment to the Iraqi Security Forces

Jan 31, 2019
Montenegro entered the Coalition in December 2014. They are active members of the Foreign Fighters working group…