Top Contributions to the Coalition:

The CAF commands a Role 2 medical facility in northern Iraq. It has a mandate to provide lifesaving medical and surgical care to Coalition forces. Approximately 35 CAF members serve at this facility in roles that include:

The CAF also provides medical equipment and supplies for the facility.

Operation IMPACT includes highly specialized CAF members from the Canadian Special Operations Forces Command. They train, advise and assist the Iraqi security forces in developing their military skills. This support enables the Iraqi security forces to take the fight to Daesh. As a result, they can work to remove the threat posed by Daesh in Iraq and the region and contribute to a more secure environment.

The CAF works with regional partners to help make the region more stable and secure. Military cooperation helps prevent the spread of violent extremism. To that end, the CAF has sent two training assistance teams, one to Jordan and one to Lebanon. They work closely with Canada’s Jordanian and Lebanese partners. The teams aim to:

These capacity building programs may focus on:

A Canadian brigadier-general leads the Global Coalition’s Ministerial Liaison Team. The team is supported by staff from eight countries, including Canada. It engages with the Iraqi Prime Minister’s staff. It also liaises with the Iraqi ministries of Defence and Interior. This liaison helps develop key military leaders and helps build institutional capacity. It ensures that current and future Coalition operations are in line with those of the government of Iraq.

These aircraft are an important part of Canada’s contribution to the Global Coalition.

Operation IMPACT began as the Canadian Armed Forces (CAF) support to the Global Coalition to degrade and ultimately defeat Daesh in Iraq and Syria.

The CAF is continuing to work with partners in the region to set the conditions for stability and security.

Canada plays an important role in Iraq alongside its partners. The CAF efforts in support of the Global Coalition improve Iraqi security forces capabilities. These efforts help Iraq to achieve long-term success in keeping its territory and people secure.

The CAF has deployed an Explosive Threat Training Team (ETTT) as an additional contribution to Op IMPACT. This contribution will help enhance the capacity of ISF as we work towards defeating Daesh. We are proud to support our coalition partners and NATO in the fight against terrorism, which includes this valuable training in Iraq. This training is important to enhance the capabilities of the ISF. A more effective ISF will lead to a safer Iraq and a more stable Middle East.

Canada’s lead role in NATO Mission Iraq (NMI) was announced at the Brussels Summit in July 2018. The mission is being established in response to a request from the Government of Iraq, which faces significant challenges in rebuilding the capacity of its security forces. Canada’s leadership of this new NATO training mission will complement and not replace, our existing efforts in the Global Coalition Against Daesh, transitioning our support for Iraq to meet present needs and solidify gains. The mission will consist of approximately 620 NATO personnel. Up to 250 CAF members will join partner countries in helping Iraq build a more effective national security structure and improve training for Iraqi security forces.

We will help address the needs of millions of vulnerable people while helping lay the foundations for improved governance, economic growth and longer-term stability. 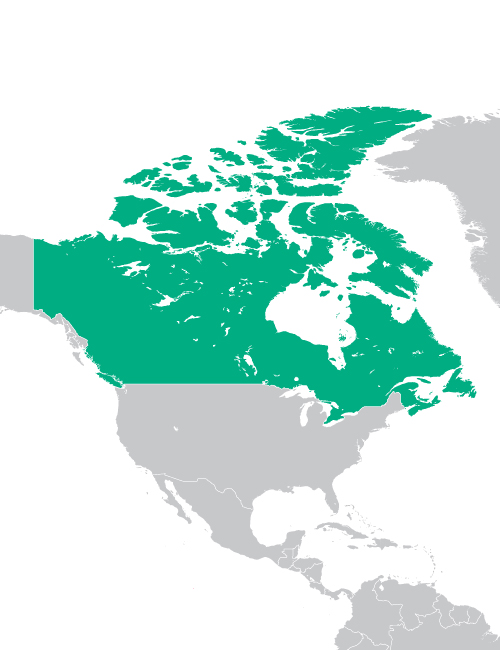 CAF members are approved to serve on Operation IMPACT until the end of March 31 2019.

in funding over three years in support of humanitarian assistance.

In Focus, Tech Against Terrorism

Jan 14, 2022
In Focus highlights how with the support of the Canadian government 'Tech vs Terrorism' collaborates with the…

Teaching others how to combat fire: Firefighters at work on…