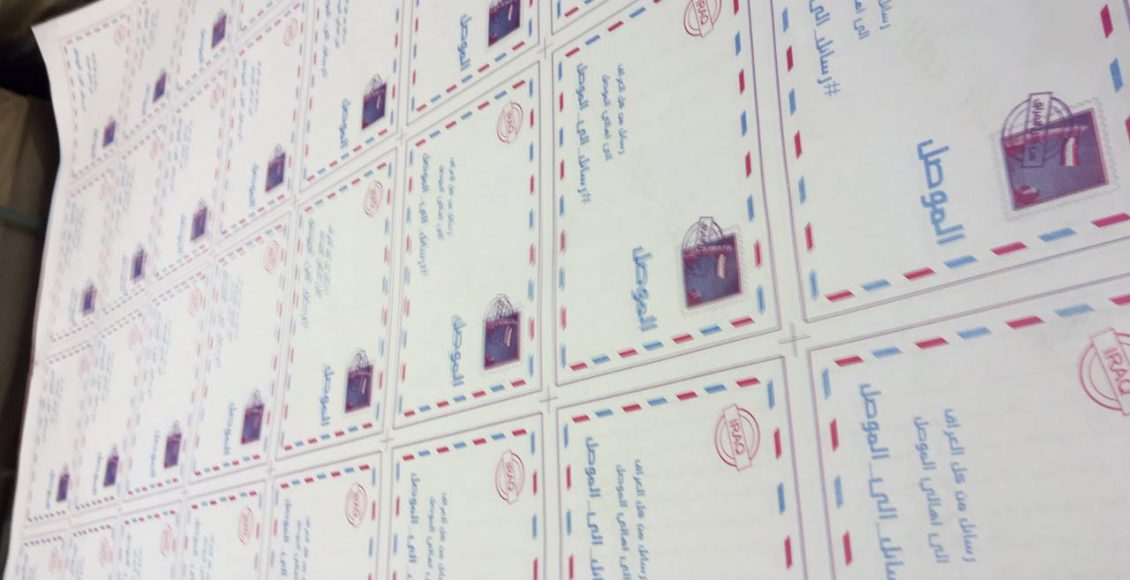 The Iraqi air force air dropped 4 million letters to the long-suffering residents of Mosul Dec. 22, to provide them courage and support while they await liberation from ISIL. The air drop is the culminating event of The Institute for War and Peace Reporting initiative named, Letters to Mosul. IWPR digitally launched the campaign Oct. 17, 2016, the same day as the operation to liberate Mosul began. They photocopied and distributed 2,160 hand written letters to the people still held captive by ISIL. The letters of empathy and support for Mosul residents were written by Iraqis from all over the country. The initiative by the people of Iraq reassures the residents of Mosul, held hostage by ISIL for more than two years, that they have not been forgotten and that the rest of Iraq is standing with them, waiting to welcome them back in solidarity when ISIL is defeated The Iraqi security forces are more than two months into operations to liberate Mosul. The government of Iraq initiated offensive operations on Oct 17, 2016 to liberate Iraq’s second largest city, which has been held by ISIL for more than two years. The Iraqi security forces are making deliberate progress each day placing the safety of citizens above their own as they conduct operations to liberate the people of Mosul. Below are a sample of some of the letters dropped over Mosul, along with photos of them waiting to be distributed:

“In the name of God the Merciful” To our dear people, fathers, mothers, brothers and sisters, we are with you in everything and our hearts to you, and we feel what you feel of cold, hunger, and the harshness of days and you should be patient and endured that victory is close, God willing, what remained little but hold on to advocate Mosul. We ask you that you keep on your faith with God because he is alone capable of that removes this ordeal and to relieve you, your concerns and always night comes after day, God willing, your sun will shine and we will see the smile and joy on your faces and in the near, we will embrace each other and join each other and return Mosul to Iraq. Daughter of Anbar

Dear Mosul you will be liberated soon by our heroes Our people in Mosul, we are with you in our hearts and souls, I do not find the right words to express to you but do not forget you are part of Iraq, and we will not abandon you, no matter how grown enemies. Victory will come soon, God willing. PMF, ISF, and Peshmerga are coming. You will liberate Mosul by standing together as one hand. To who reads my letter if is from Mosul and its people, we want to say we love you, do not be sad nor afraid everything will end soon and if was one of ISF or PMF, we want to say you are our heroes our hope and you will liberate Mosul be strong.

My hand, trembling and my pen incapable of including internal words of longing and love to this beautiful city of the Prophet Yunis, the city that I wished to live in or visit … You will return to your most beautiful days with your family and you will hear the prays of the mosques in Mosul sky, the culture and science will return because everything been robbed from you will come back to you.

Greeting to the land of Rabiein (Two springs) To the green city To both banks left and right … You have all our love for your good land … Thousands of greeting to you and peace … To your aromatic forests … Where have you been all this time … Who betrayed you, sweetheart .. ?? Behold, we are coming for you when you called us … Behold, we have paid our blood for your love … We gave you a lot … a thousand spirit of the martyr … And the blood of lovers and enamored … Is this enough to the right of your love to gather us again… Long as you are safe in the arms of your children … The peace and love may bend to you again…

For more information on the Letters for Mosul project, please use the contact details below:

IDPs returning back home in Fallujah