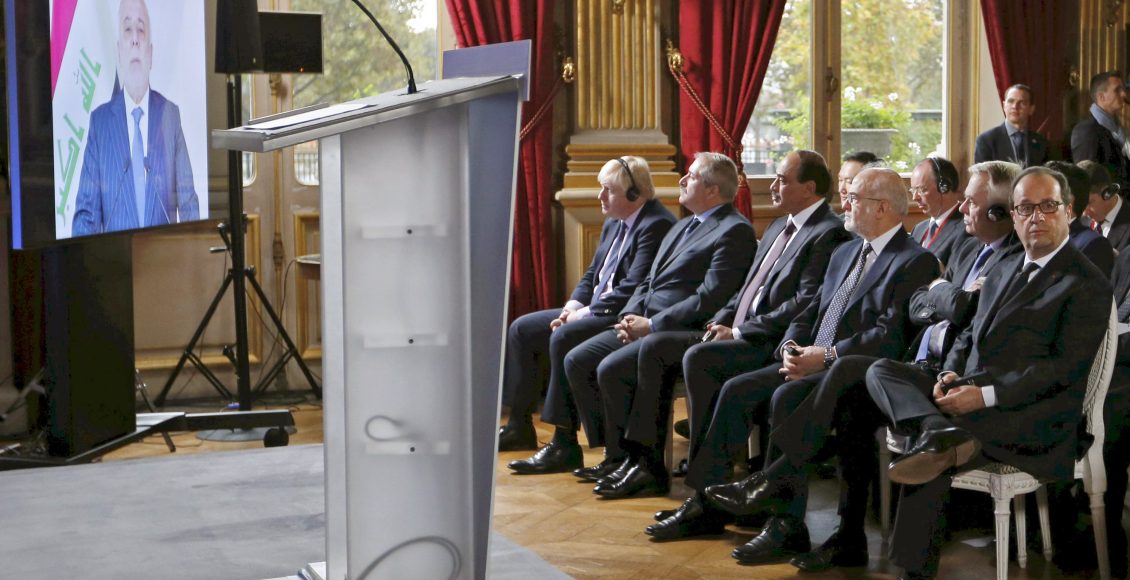 France and Iraq co-chaired a ministerial meeting for the stabilization of Mosul in Paris, on 20 October 2016, bringing together Bahrain, Canada, China, Egypt, Germany, Iran, Italy, Japan, Jordan, Kuwait, the Netherlands, Oman, Qatar, Saudi Arabia, South Korea, Spain, Turkey, the United Arab Emirates, the United Kingdom and the United States, as well as the United Nations, the European Union and the League of Arab States.

The Paris meeting came at a decisive moment in the campaign of the Iraqi and Global Coalition forces to bring down the terrorist organization Daesh, as operations to free the city of Mosul and the surrounding area begun.

The meeting’s participants welcomed the courage of the Republic of Iraq’s armed forces and the Peshmergas, as well as of the members of the Coalition’s various armed forces supporting them. They also remembered the fighters who have fallen in the fight against Daesh (Iraqi police and armed forces, peoples’ and tribes’ mobilization and the Peshmergas), and the considerable sacrifices endured by the Iraqi people.