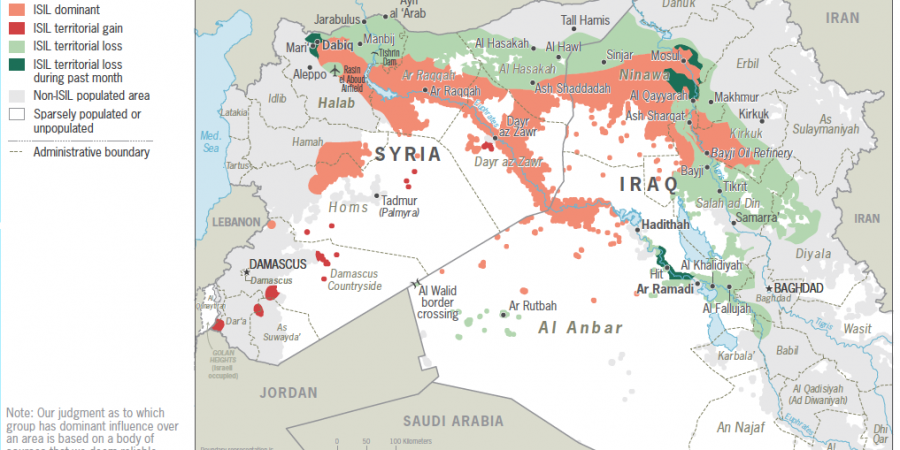 This means the group have now lost 56% of the territory they controlled in Iraq in August 2014, and 27% in Syria, as they are continually defeated on the battlefield. Key losses in October include the town of Dabiq in Syria, as well as areas near Ar Ramadi and Hadithah in Iraq.

The map (below) depicts Daesh’s areas of influence, including its net territorial losses—30,000 to 32,000 square kilometres of the territory it had dominated in Iraq and 11,500 to 12,500 square kilometres of the territory it dominated in Syria—since August 2014. Daesh probably has a presence and freedom of movement in much of the unpopulated areas depicted on the map, but we cannot determine its level of influence in these areas. Please note that these estimates are subject to change because of the dynamic nature of the conflict, and do not cover developments ongoing in November.

Wearing perfume is a crime – Life under Daesh