Counter Terrorism chief: Global Coalition military intelligence sharing method ‘should be copied all over the world’ 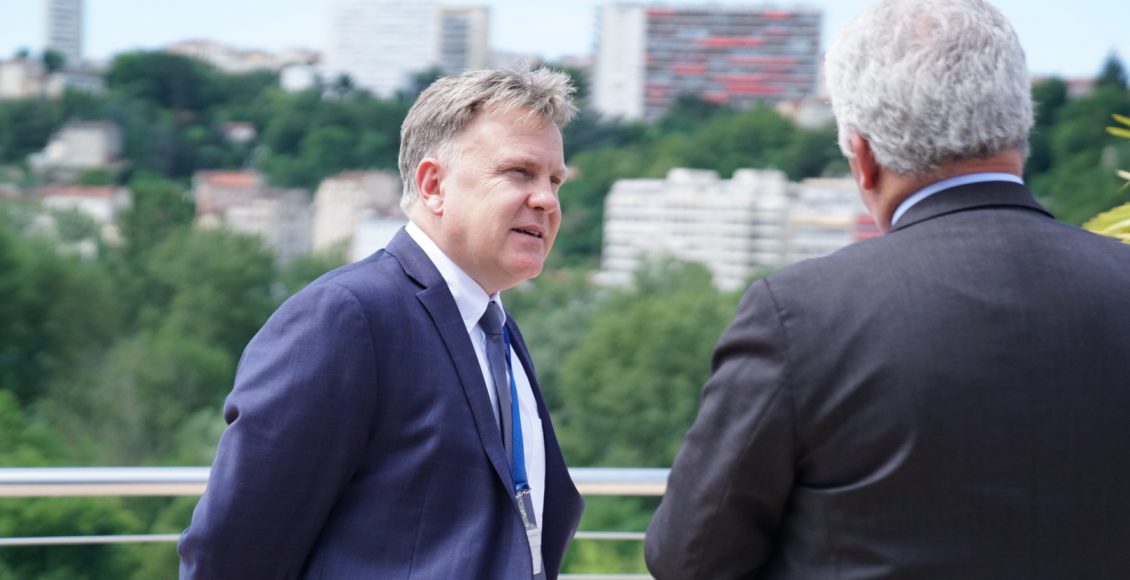 Patrick Stevens, the Director of Interpol’s Counter Terrorism unit, said the Global Coalition is an example of best practice in sharing military intelligence. “I personally believe that the model we developed under the Global Coalition should be copied all over the world, and actually I can tell you we are trying to copy this model, and hopefully by next year we have similar operations ongoing”, he said.

The methods used during the fight against Daesh are more open and underline the importance of sharing what was formerly seen as “secret” information.

“Until recently, the military kept all military intelligence to themselves. But now, in this operation (Operation Inherent Resolve) they de-classify information – not everything of course – just what is necessary to bring awareness and alert the member countries through police channels”, said Mr Stevens.

“They give the de-classified information to a member country, and that country then gives it to Interpol. We already have more than 50,000 notices and 400,000 entities in one of our analytical databases, so we can enrich the data and we can disseminate it to other countries. And they can bring this to their own national databases or their border police.”

Terrorists who have served their time

In a wide-ranging interview with the Global Coalition’s On The Line podcast, the Interpol chief also reported that convicted terrorists – including ex-members of Daesh – are now beginning to leave prisons in European countries, having served their time. But, he warned, these ex-prisoners “may not be being followed up correctly”.

This was partly a capacity problem, Mr Stevens explained. “I’m not sure if all these people are followed up correctly – if every country has enough capacity to follow these people up and if there is an international cooperation process for the follow-up”. He urged countries to increase international cooperation, through Interpol, so the biometrics of more former prisoners can be held in databases.

This would mean, he said, that if the former prisoners travel to a different country using a false name or passport, they can be verified through the database, and the relevant country authorities would be alerted.

He stressed that this did not mean they would necessarily be arrested – because they have already done their time in prison – but it would be part of sharing good information about “who is in front of officials” – for example at border posts.

The importance of borders

Mr Stevens said it was “almost impossible” to put a concrete number on Foreign Terrorist Fighters who had fought in Iraq and Syria, but said Interpol has alerts on 50,000 people, and they believe there are more. But, he said, it was not the number that was important – it was having enough information to be able to send alerts to different countries.

In a clear indication of how global the issue has become, he reported that while some Foreign Terrorist Fighters are now in prison in Syria and Iraq, as well as back in their home countries, others have travelled to different battlefields, for example in the Sahel region of Africa, East Asia and Afghanistan. He stressed the importance of Interpol’s work on borders around the world, urging countries to use Interpol databases as much as possible along their borders.

You can hear the full interview with Patrick Stevens from Interpol in our On The Line podcast, hosted by the Official Coalition Representative Nancy Jamal.

Ministerial Meeting of the Global Coalition to Defeat Daesh/ISIS