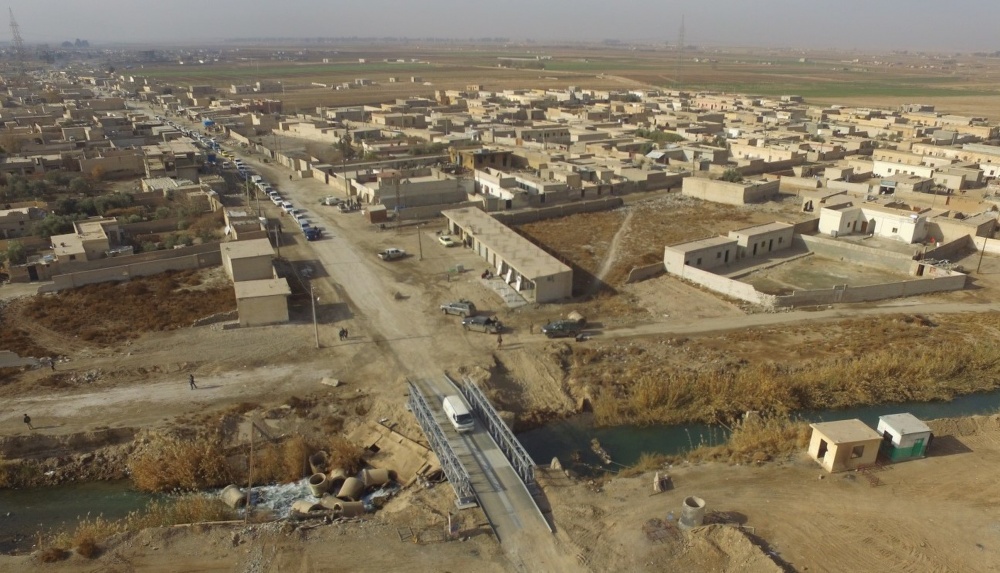 SOUTHWEST ASIA – A Coalition team working with Syrian partners erected a steel bridge in only 16 hours on Dec. 27, 2017, near the village of Hawi al-Hawa west of Raqqah province, Syria.

Engineers attached to the Special Operations Joint Task Force – Operation Inherent Resolve led the effort, which allows the Raqqah Internal Security Force to provide security to the people of Raqqah and facilitates greater humanitarian assistance and relief efforts there.

Construction of this bridge is a welcome sight to Raqqawis who were liberated from more than three years of Daesh’s brutality in October 2017. Since then, Raqqawis have taken on governance of their city through the Raqqah Civil Council, which leads recovery and security efforts and is supported by international aid organizations.

“The growing confidence of the Raqqawi population in their ability to return to normalcy is palpable, and the Coalition is proud to stand side-by-side with the RCC in supporting these efforts,” Jarrard said.

Coalition forces continue to train and support the Raqqah Internal Security Force as they ensure security and aid efforts that support citizens.

How do the residents of Kirkuk feel about security in their governorate?